Roda-Ando con Papá» will be held on the Ajijic boardwalk

The event is dedicated to motorcyclists and will be held on June 18, 2017, Father’s Day

Drafting .- On Father’s Day, Sunday, June 18, 2017, Semanario Laguna Newspaper, Motorcycle Tourism and Culture (MTC), and the City of Chapala will be hosting «Roda-Ando con Papa», or «Ride with Dad».  It is an event in which we hope to have hundreds of motorcyclists in Ajijic, so that they may share their culture with us as well as promoting Ajijic as a tourist destination for motorcyclists.

The event’s priority is to promote culture and tourism, involving the motorcycle as a vehicle for transportation and recreation.  The festival starts at 10:00 a.m. and ends at 8:00 p.m. on June 18, 2017, Father’s day.

There will be workshops for young riders on the use of safety equipment and the importance of understanding the «rules of the road» when riding a motorcycle or scooter; In addition, there will be music, food, and sporting good sales.

The event is not organized by a motorcycle club, however it is promoted by Motorcycle, Tourism and Culture (MTC), a movement born in Ajijic, Jalisco, and supported by the community of motorcyclists that call Lake Chapala their home: the motorcycle club Hermanos del Lago, founded in Chapala more than 10 years ago; The motorcycle club Los Güeros, a club composed of mostly American and Canadian members active in the Lakeside community.

For their parts, Roberto Sevilla, and Ben Bell, initiators of the movement, told Semanario Laguna that Motorcycle, Tourism and Culture is not a motorcycle club nor does it try to be. «It is a movement for motorcyclists with it’s main focus being the promotion of the cultural, gastronomy, and tourist heritage of Mexico,»
They added that MTC is a movement that seeks to promote tourism and culture from the perspective of motorcycle enthusiasts, as well as the good use of safety equipment and the machines themselves. MTC is a movement and initiative of independent motorcyclists and residents of several different cities and states within Mexico as well as outside of the country».

Sevilla Santana went on to explain that the Motorcycle, Tourism, and Culture (MTC) movement has been carrying out «rounds» (tourist routes with a motorcycle) for different places in the Mexico.

Sevilla Santana ended by saying that MTC is grateful for the interest of each motorcyclist and each tourist who gives us suggestions and asks about our work and travels.

To note:
The first motorcycle event in Ajijic is organized by people from the picturesque lakeside town of Ajijic, by Semanario Laguna, the Lake’s newspaper and the H. Ayuntamiento de Chapala and Motorcycle Tourism and Culture.

The «Roda-Ando with Papa Project» is intended to be held annually with the support of the H. Ayuntamiento de Chapala, with the intention of positioning the municipality as a cultural and recreational destination, as well as promoting family ties and publicizing the «World of motorcyclists». 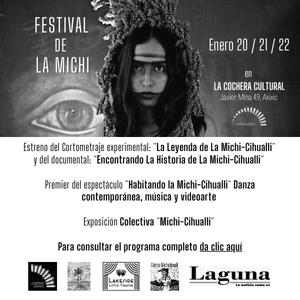