Ajijic’s new Princesses were on hand as Ajijic’s plaza was crowded with expats and Mexicans Saturday afternoon for the annual Usos y Costumbres de Rebozo Parade and the songs of Lola LaTequilera.

Patrick O’Heffernan. (Ajijic, Jal). The Mexican-American writer Gabriella Gutiérrez y Muhs called the Robozo “our cultural blanket”.  That was clearly evident at the Usos y Costumbres de Rebozo Parade Saturday afternoon at the Ajijic Plaza where a dozen women and girls showed off their Rebozos and paraded around then Plaza in the late afternoon sun.

Mistress of Ceremony Paola de Watlerlot explained to the diverse crowd that overflowed the red, green, and blue plastic chairs in the Plaza that the Rebozo is thought to have ancient roots, possibly from India, possibly from Spain and definitely from native peoples in Mexico and the tilma – the muslin cloth around the Virgin. The making of a Rebozo, she said, is an art form involving spinning the yarn, dying the threads and weaving and cutting the final shawl.  There are many types of Robozos and throughout their history they have been made from everything from rough fibers to the finest silk (which she said to test by pulling it through a ring). 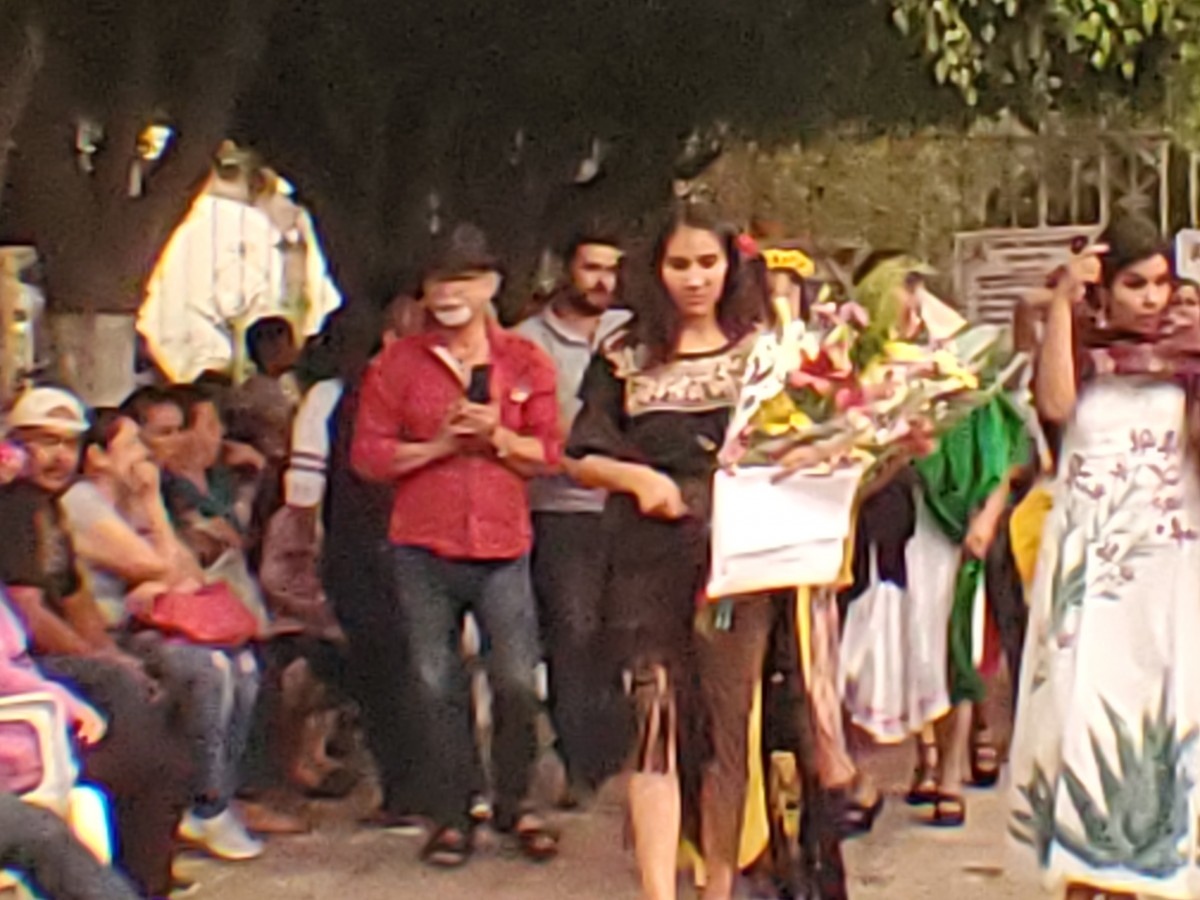 Led by Las Pohanquitos de Axixic maéstro Erika Navarro Robledo, each woman or girl strode down the runway, twirling and holding out her arms to reveal the beautiful tapestries they wore. During the ceremony the renowned Lola LaTequilera took the stage with a guitarist and serenaded the crowd with the soaring ballads she has been famous for 25 years.  Later in the decades-old ceremony, prizes were handed out and the two littlest girls were crowned with flowers by Ajijic’s Princesses while LaTequilera’s songs provided a musical backdrop.  After the parade, she reappeared center stage and once again filled the Plaza and the neighborhood with her unforgettable voice. 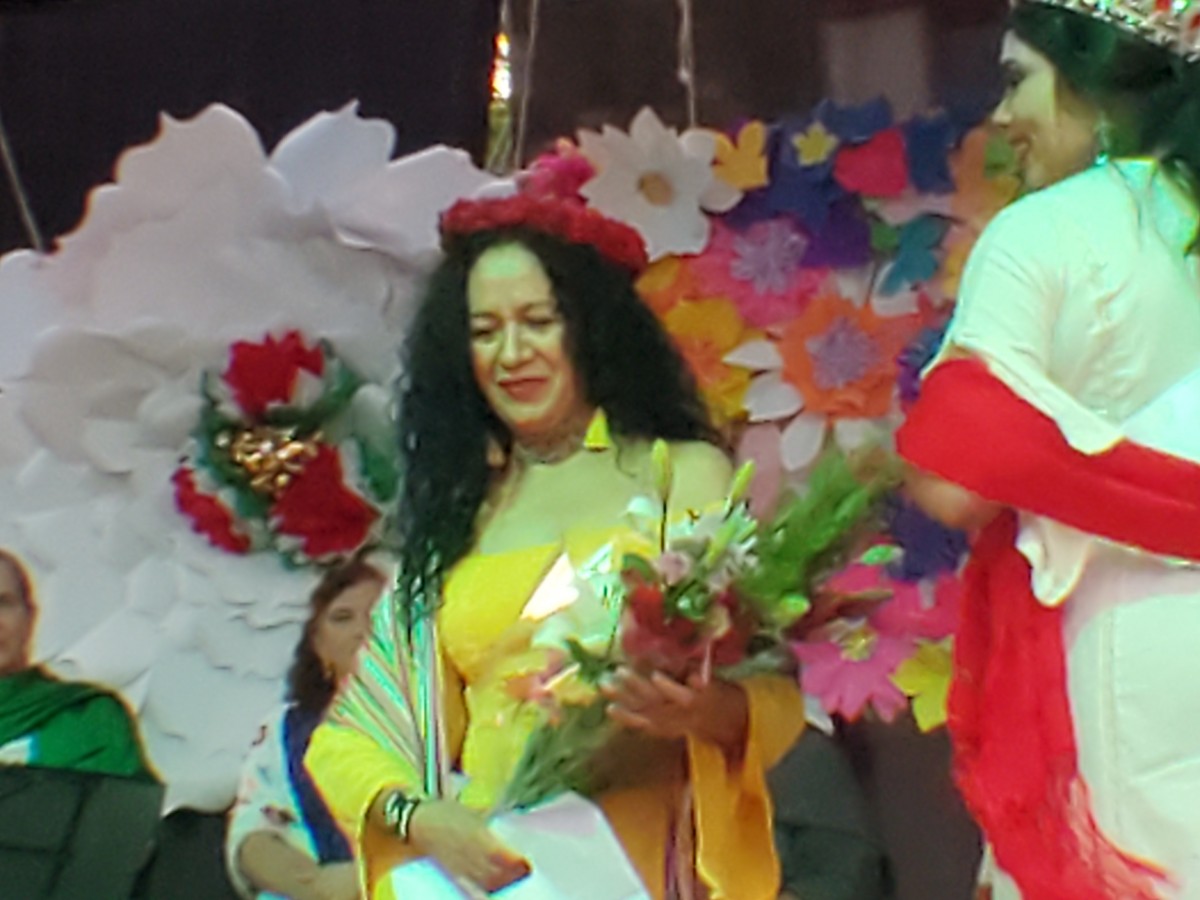 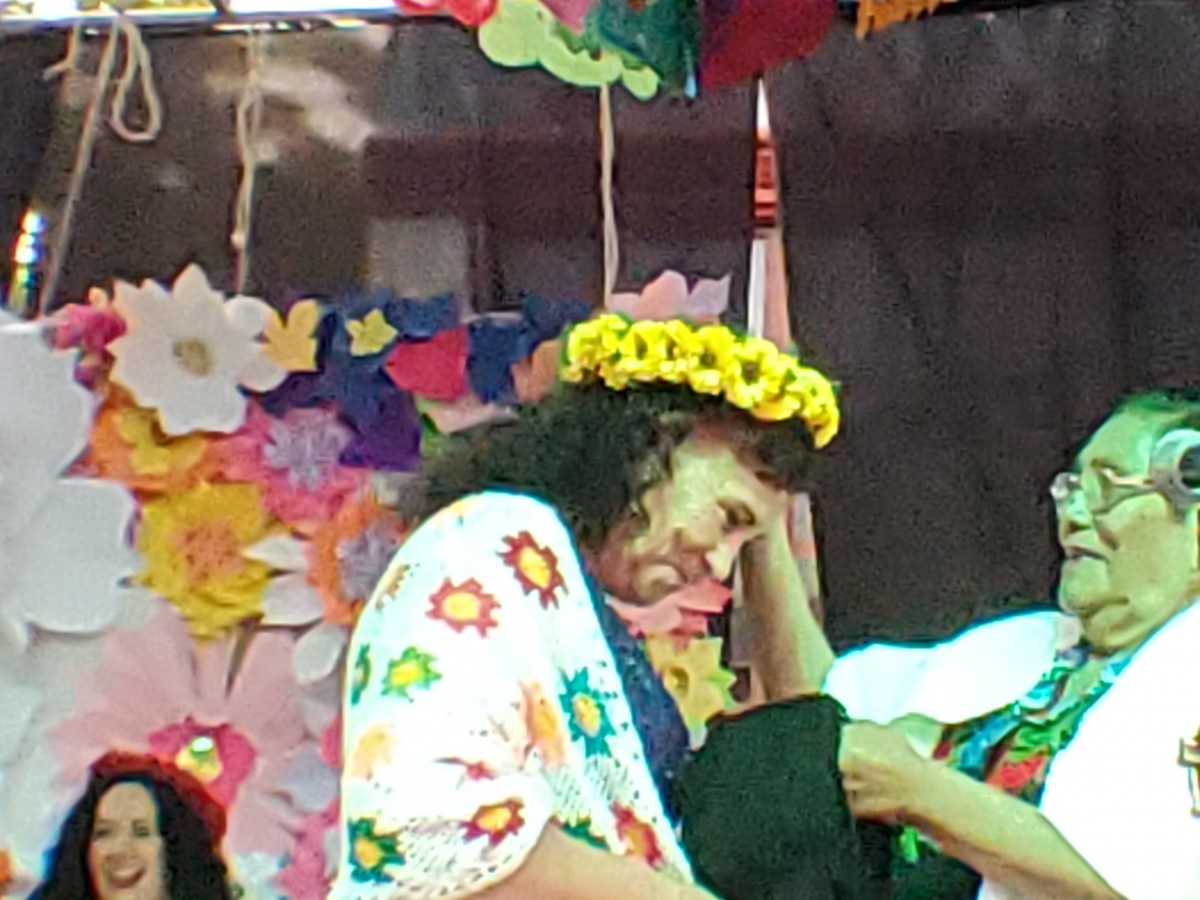