Thrill the World Ajijic took place on the basketball court of the Malecón in a cordoned off area, as over 300 spectators watched and cheered.

Arturo Ortega and Patrick O’Heffernan (Ajijic, Jal). – Over 300 people watched as Ajijic hosted its tenth annual Thrill the World dance exhibition on the Malecón last weekend when 50 zombies danced on the boardwalk and then paraded to Seis Esquinas square for a repeat performance amid a sprinkling of snow. While not connected to the Day of the Dead weekend of celebrations, Thrill the World is a popular event that fits well with the other holiday parades, costumes and fiestas.

Thrill the World Ajijic took place on the basketball court of the Malecón in a cordoned off area, as over 300 spectators watched and cheered. The 7- minute dance was  based on the choreography of the Michael Jackson video premiered on Music Television Video (MTV) in 1984. Around 5:30 in the afternoon, the dance was performed for the second time in the Seis Esquinas square on the west side of Ajijic. Snow was given to a hundred children and adults who had fun pelting each other amid the dancing of about 30 zombies.

Thrill the World! is an international event, originally launched by Ines Markeljevic in Toronto, Canada, in 2006 in an attempt to  set a Guiness world record for the “Largest Thriller Dance”.  Sixty-two people showed up, setting the record;  over 3 million people watched videos of the dancing giving it global popularity.  The following year the Thrill the World Project recruited 1552 people in 52 cities for a new record. 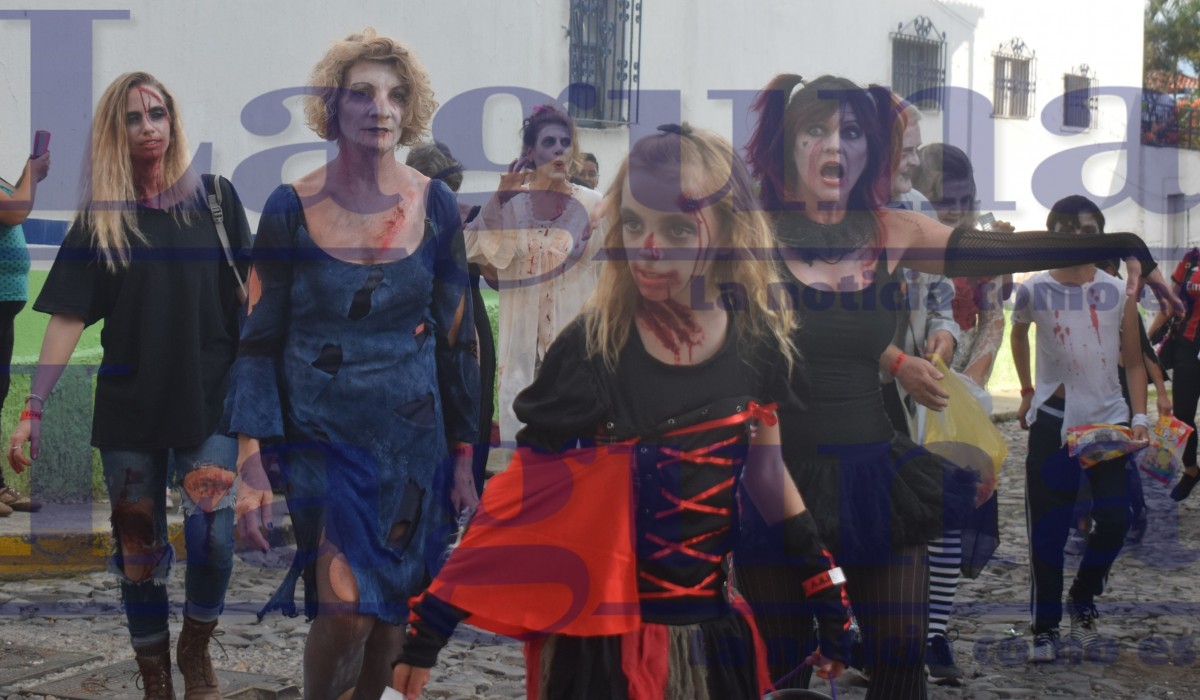 Now the event is organized worldwide through a website, www.thrilltheworld.com,  and serves as a fund raiser for the Red Cross. Last year over 3000 people danced in 63 events around the world, raising almost $400,000.  Thrill the World took place this year in 45 cities in Austria, Brazil, Canada, England, Indonesia, Mexico, New Zealand, Russia, and the United States.  Ajijic has participated since 2010 in the Thrill The World and this year was the only city in Mexico participating.

Thrill the World, which requires weeks of practice and costume-making, is largely supported by the Ex-pat community in Lakeside but enjoys  enthusiastic  acceptance by the locals, a few of whom take part.  This year’s event on the Malecón was accompanied by a fund-raising dinner for 100 people who also got reserved covered seats, but even those without dinner tickets had plenty of room to watch.  The proceeds from the Thrill The World lunch and seat sales in Ajijic will help support the Chapala Red Cross.