Dozens of Ajijic’s artists are adrift financially after cancelling showings, closing galleries and even seeing their private clients disappear

The heart of Ajijic, where artists and artisans coexist, today is empty.

Sofía Medeles/Domingo M. Flores (Ajijic, Jal.).- If you drive through Ajijic you see closed signs on the gallery of the painter Jesús López Vega, the textile crafts store of Sofía Marquez, the Fiaga Ajijic workshop, the shop where Bruno Mariscal works with his father and the restaurants where Daniel Tejeda entertained patrons with songs at his keyboard. Even the Heart of Ajijic gallery, where many artists and artisans coexist, is empty.

The have succumbed to the now obligatory home confinement in the State of Jalisco due to the COVID-19 pandemic. The confinement order has helped keep Chapala free of confirmed cases of COVID-19 so far, but it has caused economic havoc in the business community.  It is the art sector in Ajijic, cradle and home of many creators, that has been most affected in Lakeside. Semanario Laguna talked with artists in Ajijic to see how they are faring.

The renowned painter Jesús López Vega, one of the pioneers in Ajijic’s artistic movement, called the local artist economy an “alarming situation”. He said that, «Many of my clients returned to the United States because they began to close borders, so art sales dropped noticeably». 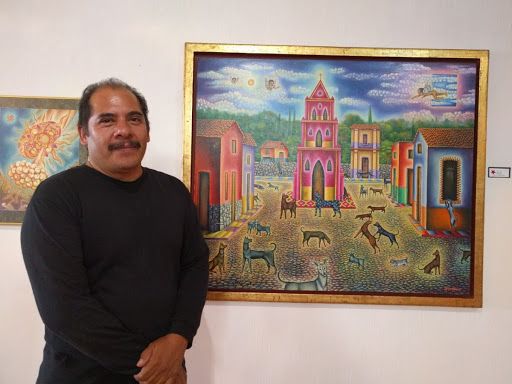 Jesús López Vega, painter who has been in his workshop for more than ten years.

He was somewhat relieved that the pandemic arrived at the end of the high season in the Chapala Lakeside,  which cushioned the economic blow for artists. If COVID-19 had arrived in Mexico in winter — high season in Ajijic, it would have been even more devastating. «The start of the pandemic began more or less at the time when the art sale season begins to wind down in Ajijic, although in Easter season sales are usually steady,” Vega said, “but nothing has been sold since then». Fortunately, he added, “I have a job in a home decorating business and I have been able to carry on». Vega firmly believes that with the cooperation of everyone the health problem will not worsen.

For Sofía Márquez, who has her own artisan clothing brand and owns Fiaga Boutique in the heart of Ajijic, it has been difficult to cope with this situation, especially since she has a team that helps her produce and sell her clothing.  “I gave the girls a month’s salary, but this month it is going to end», she told Semanario Laguna. “There is no way to continue supporting them because there are no sales, the store is closed and there is no income». Sofia added. 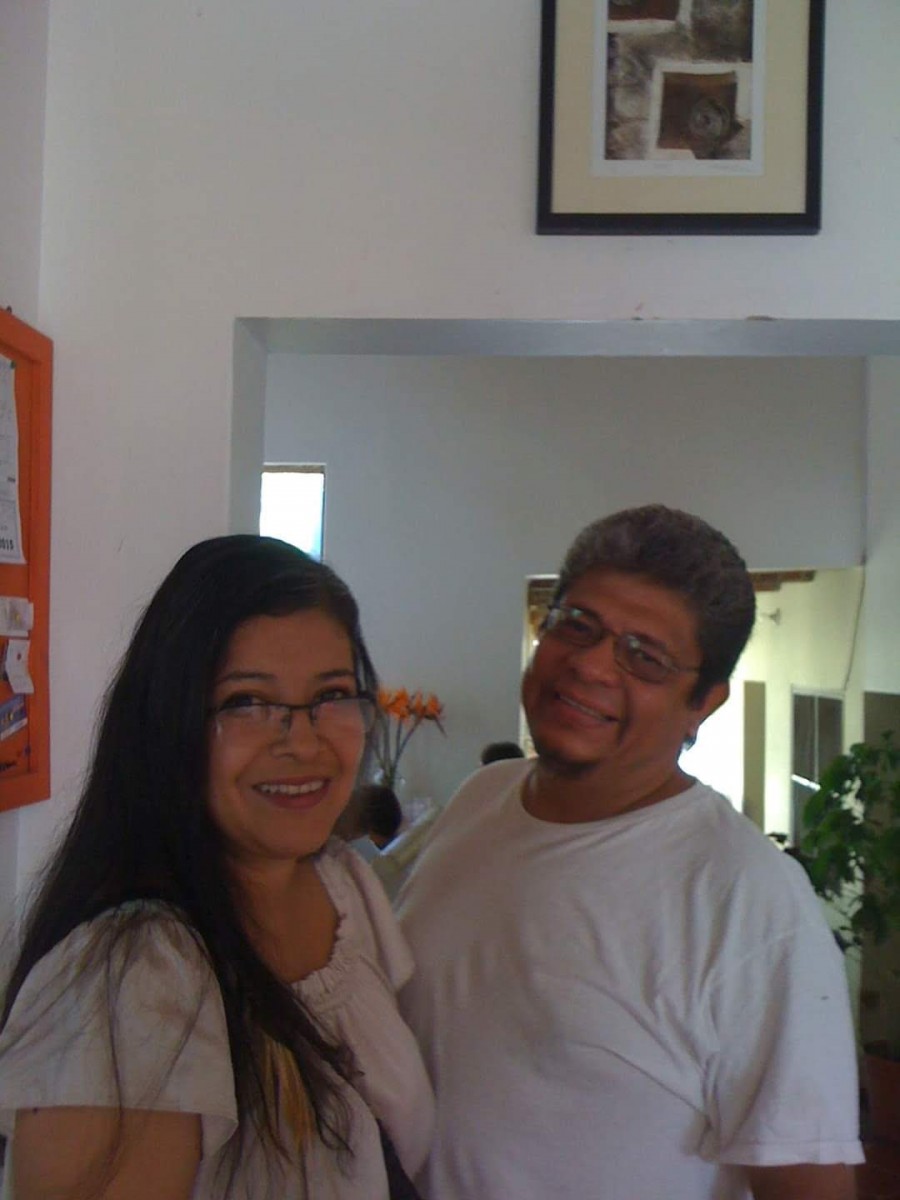 Sofía Márquez, who has her own artisan clothing brand and owns Fiaga Boutique in the heart of Ajijic.

Her expectations are not the best for the following months. «The truth is I expect more bad news and an economic crisis because there are no resources, there are no tourists and there is no job. I feel that this will last until the end of the year, and currently my husband is the one who takes care of our needs», she said.

Artist and musician Bruno Mariscal Jr. is very aware of the economic impact on the community, since the Easter holiday season is usually a strong income season for merchants and artists like him, as tourists are good art buyers. Bruno’s income currently comes from the business where he works with his father on Marcos Castellanos street, a few meters from the main square. «We continue to offer printing as well as the production of merchandise with the image of Ajijic, and I also create artistic works from home, hoping that they will popular», said the young man. 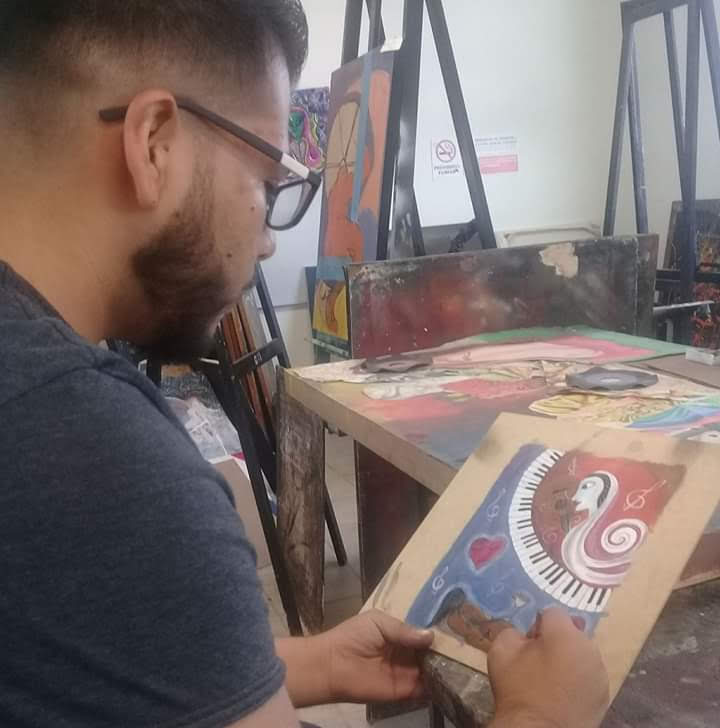 Bruno understands that the pandemic is serious but he doubts that people will remain in confinement for the two months recommended by the authorities (April and May). The young artist gave Semario Laguna a message of hope and unity to send: » I would like to ask that all of us as a nation become aware and take care of ourselves, go out only as necessary and follow the rules of care. It depends on us as a society to ensure that this ends soon and does not unleash a greater tragedy».

Daniel Tejeda, singer in the versatile group «Sol y Luna», is in a more difficult situation. His income depends on his musical performances, which have been canceled until further notice. 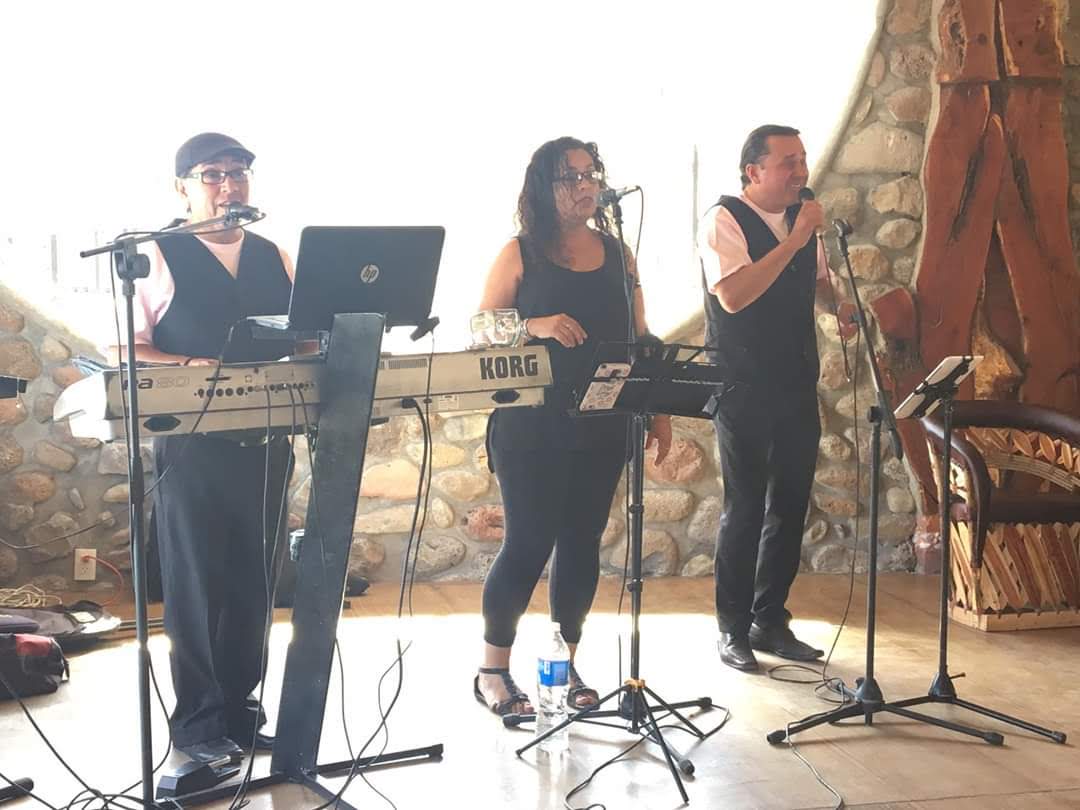 «They have canceled all the performances.  Music is my only work, doing solo acts in several restaurants, which have already closed», said Daniel.  He is now supported by his daughters who currently cannot visit him due to the health emergency now in phase three, the most critical of the pandemic. «We as artists are not helped by the government or the bosses», he adds, noting that there is no safety net for musicians. (translated by Patrick O’Heffernan)