Chapala sees 62 “disappeared” in six years. None were ever found.

Last year was the most brutal, recording as many as the previous five years.

Manuel Jacobo.- From 2014 to 2019 the municipality of Chapala registered 62 people  as “missing and not located”, according to data provided by the Jalisco State Prosecutor’s Office. ”Missing” is used by authorities to indicate a person whose location is unknown and who likely have been a victim of crime. Authorities use the category of a “non-located person” as one whose whereabouts are unknown but who is not suspected as being a victim of foul play.

Little is known about the identity and suffering of their families as the authorities did not obtain or provide sufficient information about the victims and neither did their relatives. 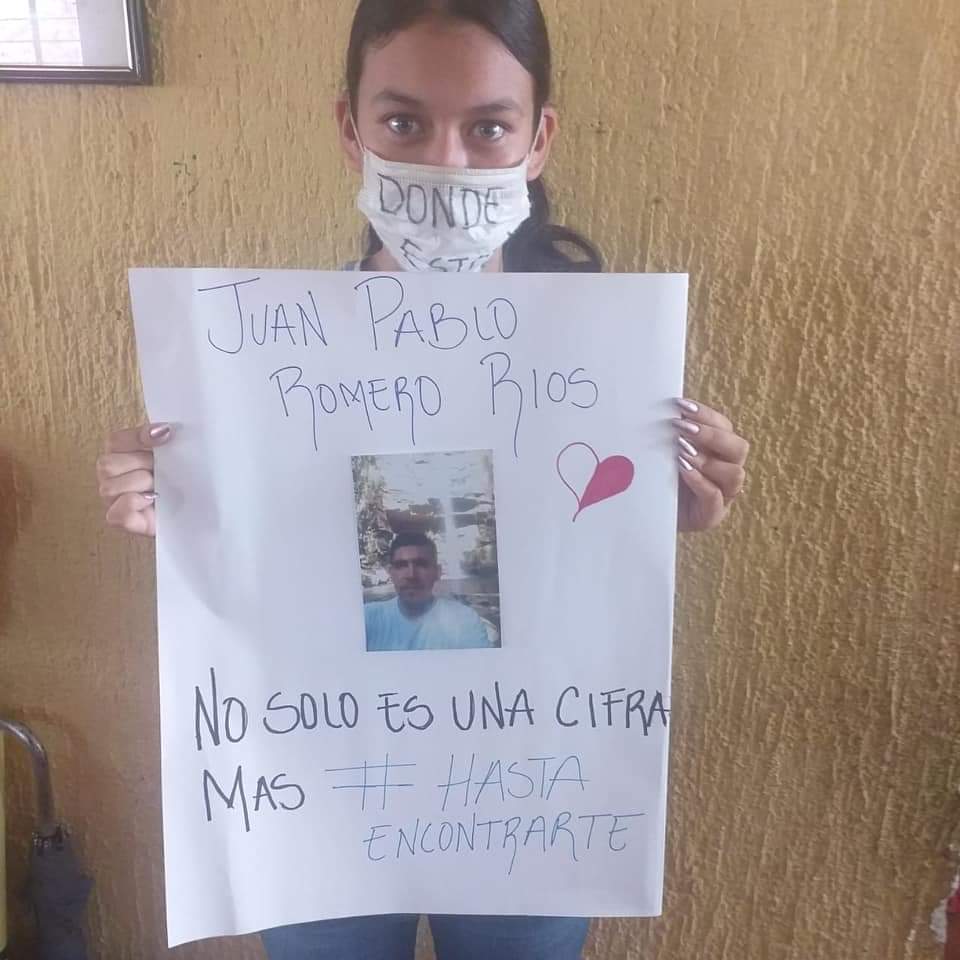 A young woman looking for her missing relative.

However, 2019 saw a brutal spike in “disappeared” and unlocated people with 31 total — as many as in the previous five years. Four people were listed as “missing persons” and likely victims of crime, and 20 men and seven women were listed as “unlocated” for a total of 31.

However, unlike in the previous years, families responded by publicizing the disappearances on social media, which may have contributed to the higher count and revelation of the serious situation in the Chapala municipality.

December saw the registration of most non-local people, 10 males, according to the records of the Prosecutor’s Office. Laguna obtained a transparency of the document FE / UT / 378/2020 which showed that from 2018 to 2019, 17 missing people were eventually found -37 percent of the total registered, of which 16 were alive and one deceased.  Overall, of 46 missing persons registered as missing or unlocated in from 2018 to 2019, 29 people or 63 percent never returned home.

Various efforts are underway to put faces to the  numbers of the disappeared, such as «hearts on the move» and in coordination with projects such as «Warriors in search of our treasures», so now the search, although with little government support, is underway. Below are the names and information of those still being sought:

Marco Antonio Santos Castañeda, 30 years old; on file in the Office of the Attorney General of the Republic

Julián Hernández Sánchez, 17 years old, disappeared on December 24, 2019 when he left his job and has not been located

23-year-old José Martín Mendoza Celis disappeared on December 23, 2019; registration 213 / DS / FC / 202 with the Office of the Attorney General of the Republic 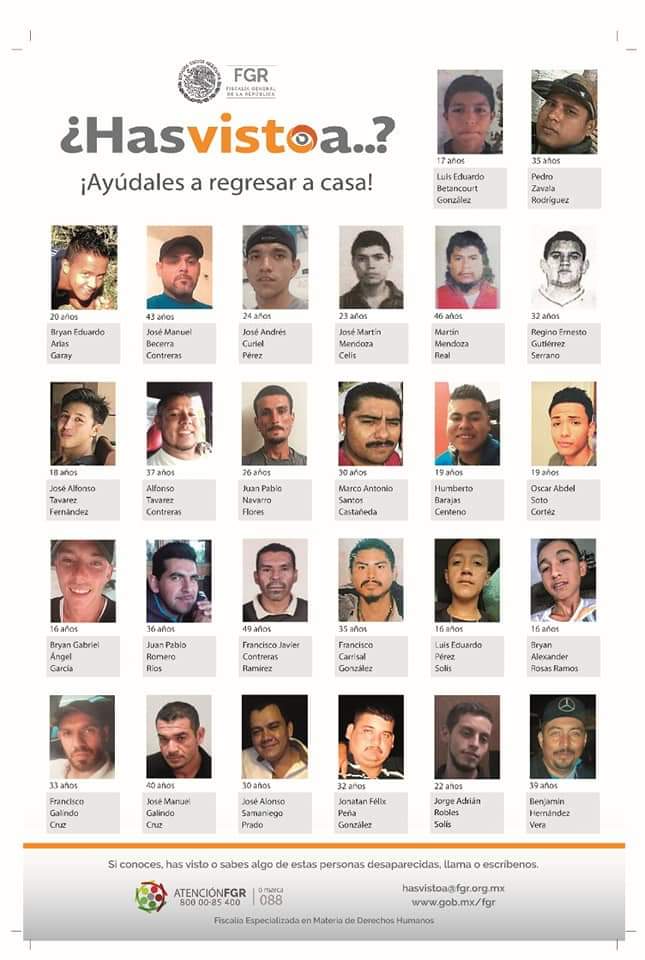