Patrick O’Heffernan.- As the Lakeside community begins to up from the quarantine to stop the spread of Covid-19, both Mexicans and Expats are working to help ease the impact on the local families in need, but the help provided by Expat organizations and businesses to the local communities needs to remain strong.

Among the businesses and organizations who have been “angels” are Operation Feed in San Juan Cosalá, Super La Huerta Market in West Ajijic, which has been providing food despensas, Programa de Niños Incapacitados, Lake Chapala Center, Foodbank Lakeside, and many others.

Many Expats have donated to these organizations or taken personal responsibility for supporting local individuals they know or who work for them, even when they must stay home. Local restaurants, which are themselves often in a difficult situation, have been feeding families in need. Casa Maybella Test Kitchen and La Bodega are two of the many restaurants that have provided meals to families devastated by the quarantine. 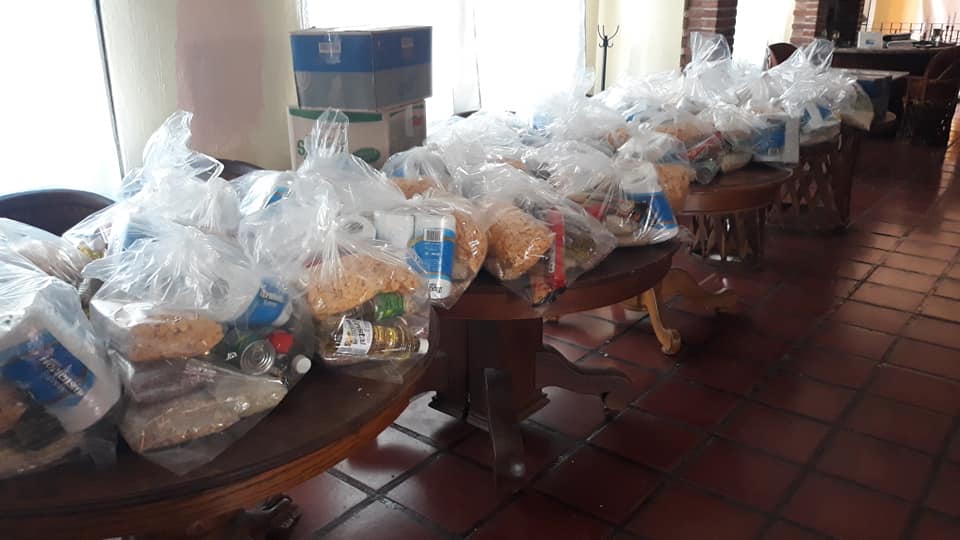 But the need will not diminish immediately as restaurants and stores open. Chapala Expat Liaison Héctor España points out that and almost every neighborhood in Chapala has families that are stressed for things beside food and that there is a great need in many neighborhoods throughout Lakeside.

The towns of Santa Cruz de la Soledad and San Nicolás de Ibarra have no economic activity  and are especially hard hit.  “The people there need more than food – they need money and medical care and everything required to support families,” he said, noting that “even in Ajijic with many gringos, there are hungry families because people like waiters and dishwashers and cooks have been out of work.”

España himself goes out and delivers despensas and knows of families that have not been helped, so he tries to see to it that they get what they need.  On his Facebook Page he complements the  Expat “angels” who go out on a second round of deliveries with more despensas including visiting families who tell him that they have been missed by all others.  Some “angels” also continue his second round with other families.

Some families do get government assistance he noted, from the several million pesos the Federal and Jalisco governments allocated for relief and small business help.  But it was far too little for