Mistrust, missed meetings and miscommunication  have plagued the process , but Ecology Director Jose Jamie promises to bring the issue to President Anaya and get it done.

Patrick O’Heffernan, Ajijic. Ecology Department Director José Jaime Ibañez tells Laguna he plans to move the offending West Ajijic animal shelter during this administration, but homeowners charge that his department is actually building a more permanent shelter at its present site.  Both sides say they want to collaborate to resolve the problem.

In separate interviews, Laguna spoke with José Jaime and Vice President of the Puerto Arroyo Homeowners Association (HOA) Linda Freeman, hearing different views of movement on the issue, but saw signs of potential collaboration and a resolution.

The West Ajijic Animal Shelter was established by the Department of Ecology on land donated to the municipality. The Department supervises animal protection and control. The constant barking of the approximately 80 sheltered dogs has outraged the residents of nearby developments of Puerta Arroyo, Sierra Viva, Los Abinos, Villas Colorado, and Los Alebrijes and La Canacinta.  Ecology staff did not consult with the nearby residents first.

“We did not meet with the homeowners in advance because we saw that the developments were not close to the site and we did not anticipate any problems”, José Jaime told Laguna, “we were surprised by the opposition”. 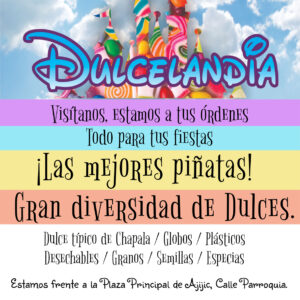 About 200 households in the developments, many of which are Mexican, initially submitted petitions to various agencies to solve the noise problem.  They also met with Ecology Director José Jaime to find a new location, although he did not attend subsequently scheduled meetings. Faced with what they felt was a recalcitrant agency, the homeowners filed a case with the Human Rights Commission, which agreed to intervene on their behalf.

This past Wednesday lawyers from the Human Rights Commission, representatives of the homeowners, and a private attorney for the HOA’s all met to move the solution forward, but an expected written agreement did not materialize.

“We gave José Jaime Ibañez  a draft agreement at an earlier meeting and he asked for a new clause indicating that we would work in collaboration with the agency, so we brought the revised agreement to Wednesday’s meeting,” said Freeman, who was at the meeting.  “He didn’t sign it, claiming he did not have his glasses so he couldn’t read it,” she added, noting that the Human Rights lawyers have agreed to stay involved.

However, José Jaime told Laguna that he stood by the original agreement with the residents to find a new site for the shelter. He did not mention the written agreement but said that he had an agreement with the residents to locate a new site and move the shelter and his department was moving ahead on it. He also promised the homeowners at Wednesday’s meeting to bring the problem and potential solution to the attention of Chapala President Moisés Alejandro Anaya Aguilar to speed things up.

“We will find a new site; that is the current proposal and we will do it.  We now have a possible site that we can use if we can obtain electricity from the land across the Libramiento.  We are waiting for a decision now,” he said.

That is not the impression the homeowners have. Freeman visited the animal shelter on Wednesday and was shocked to find that it had been expanded. She charged that shelter manager Ana Luisa Maldonado is expanding the shelter and installing permanent buildings that will make it harder to move.

“The situation is urgent. The more they spend at the present site, the harder it will be to move it.  Director José Jaime is saying one thing and doing something else,” Freeman told Laguna, complaining that “I don’t think there has been movement.  I was hopeful until I saw the permanent structures they are building. It is actually getting worse and worse,” she said. 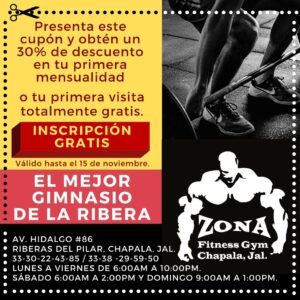 Director José Jaime pointed to the progress that continues to be made and pledged to resolve the problem during the current administration, saying his plan is to bring electric power to this Libramiento site and move the shelter there as soon as practicable.

“We have looked at 4 sites; three were not usable because they lacked water or power or were not in Chapala, but one site is possible if we can draw power from the nearby lot.  We have applied for permission to bring in the power and we are now waiting for a decision,” he told Laguna, adding that the municipality is required by law to operate a humane shelter for homeless animals and they were following that law with the current shelter while they obtained the permissions needed to move it.

There are costs involved, but fundraising seems to be an area of agreement between the agency and the homeowners.  Jose Jaime said that his department will pay for water and power, and if the cost of moving the electric lines exceeded his budget, he will work with the homeowners to raise the needed funds – something they have agreed is reasonable for them to do.