Santa Claus arrives on a motorcycle at Chapala Police Department

American Legion Post 7 Auxiliary, Los Gueros Motorcycle Club and Anavets distribute gifts and candy to the children of Chapala’s police to say “thank you for keeping us safe.”

Patrick O’Heffernan, Ajijic. Santa and his elves arrived Saturday afternoon at the Chapala Police Department on motorcycles to distribute presents to over 40 children of Chapala’s police offices as part of a program launched by the Auxiliary of American Legion Post 7 and the Los Güeros  Motorcycle Club of Lakeside, with involvement from the Anavets of Canada.

When Los Güeros club arrived with roaring pipes at the assembly yard of the Chapala Police Department, they were met by children, police officers, officials from the American Legion Auxiliary, Mayor Moises Anaya, and other dignitaries.  The children were waiting patiently with their families at tables under special tents set up for the occasion.

Project Manager Gloria Allen of the Auxiliary served as Mistress of Ceremonies for the event, flanked by project volunteers Lenel Tamez, Loretta Pompeii Flick, and Irene Nottingham and officials from Chapala.  Allen introduced the dignitaries, including Chapala Police Chief Moisés Torres Ramírez, each of whom thanked the police for their work and the participating organizations for their generosity.

“This is in gratitude for the work of the police in keeping us safe,” Allen told Laguna, noting that in her welcome speech, she said she worked closely with Olga Ramirez who “made this event possible.” The Auxiliary also collected funds and toys and provided candy at the event. 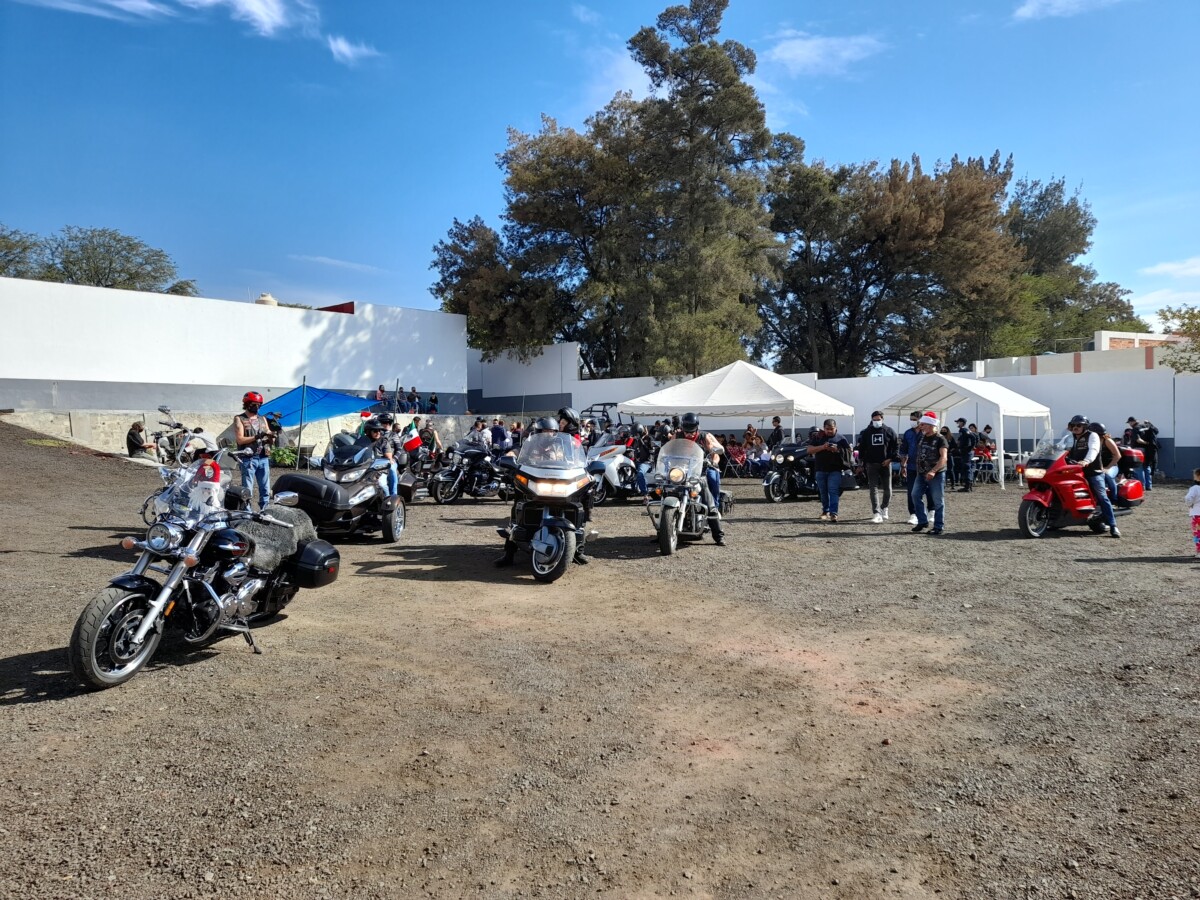 American Legion Post 7 Auxiliary, Los Gueros Motorcycle Club and Anavets distribute gifts and candy to the children of Chapala’s police to say “thank you for keeping us safe.”

This is the first year Allen has coordinated the gift distribution, which will also include the Chapala Bomberos next week and the Love in Action Children’s Home on Christmas Eve.  The program started when Allen was contacted by the Los Gueros Toy Run and learned that they had collected toys but could not have their annual Toy Run to distribute gifts.  Allen linked the volunteers of the Post 7 Auxiliary together with the Los Gueros and brought in Anavets to organize three distribution events, the first one with the children of the Police last Saturday.

“Cindy Bosch of the Los Gueros Motorcycle Club told me they had these toys but couldn’t distribute them, so we were delighted to put this together, especially since Post 7 has been involved in the Toy Run for 5 years, Allen told Laguna.

The Annual Los Gueros Motorcycle Club Toy Run is held to provide a good Christmas for the underpaid frontline public servants in Chapala, as well as other children whose families cannot afford presents.

The 35 to 40 children present were almost outnumbered by the motorcycles that roared into the Police Department’s assembly space, near Suriana Market in Chapala and they loved every minute of it, except for the speeches. They happily lined up with their parents to receive gifts and then went back to the table for a special lunch.