Where have all the Canadians gone?

Canadian tourism to Mexico has dropped by half.  Lakeside may feel more impact because of the disappearance of “snowbirds”.  But some Canadians are stuck here

Patrick O’Heffernan, Ajijic. If you have wondered why it is so quiet in Ajijic during the week, and tourism seems to consist almost only of tapatios from Guadalajara on weekends, the answer lies in Canada.  Canadians have virtually disappeared from Mexico and from Lakeside – a big problem for tourist-oriented economies.

Canada is Mexico’s second largest source of foreign tourists, generating over 300,000 people a month nationwide in 2019 – a number which dropped 50% last year after the Covid-19 crisis and travel restrictions were imposed. Puerto Vallarta, the third most popular Mexican destination for Canadians with 134,000 in 2020, has seen 60 flights a month from Canada cancelled leading to a virtual disappearance of Canadians in the tourist areas.

While only a fraction of the total tourists from Canada come to Lakeside, the impact is magnified here by the “snowbird” phenomenon – so many Canadians stay for 3-6 months instead of just a week for a holiday. Their steady spending in markets, shops,  restaurants and bars during the week, is a major loss to the local economy, not made up by the weekend spending from Mexican tourist.

Canada suspended flights between January 31 and April 30, 2020, and then again on Jan. 29, 2021, Canadian Prime Minister Justin Trudeau announced a new agreement with airlines to suspend travel to the Caribbean and Mexico to April 30, 2021.  The country’s main airlines ended service immediately, with Air Canada suspending all international flights and laying off 1500 workers. 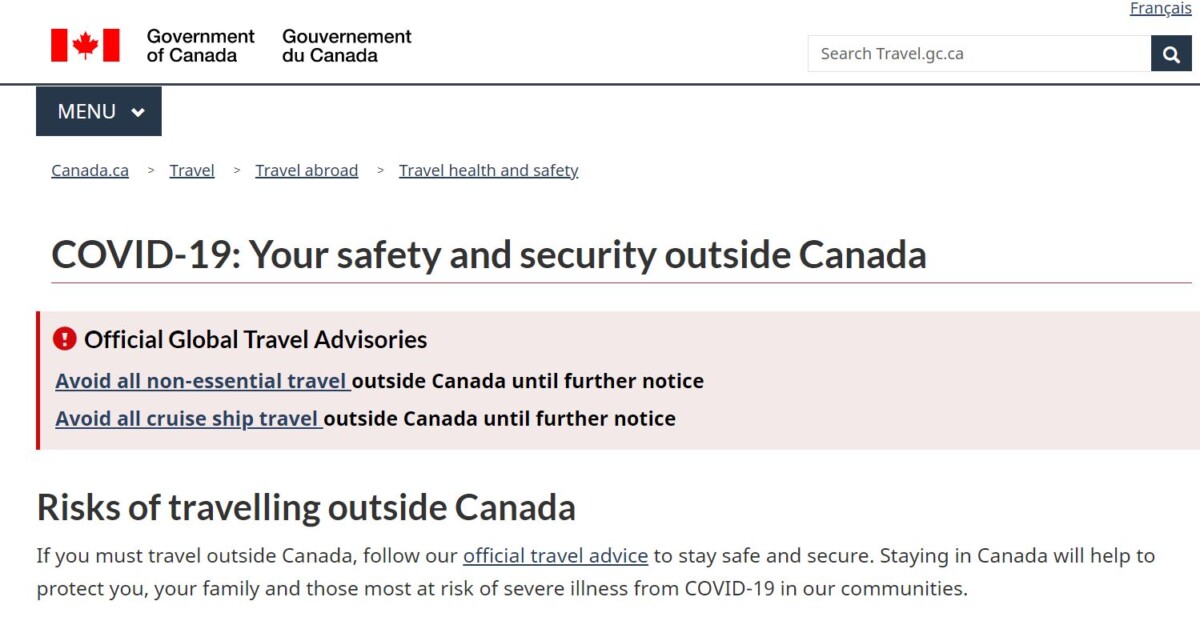 However, the Canadian government posted revised information from Mexico saying that travelers arriving from Canada can be allowed entry if they have PCR tests, serological tests, health certificates indicating no Covid-19.  But with no flights, the Mexican process for entry that allows Canadians to come under strict conditions   will not boost tourism from Canada. because they cannot get flights

The restrictions and flight cancellations have dried up travel from Canada and it is not expected to recover before summer, even after flights resume in May. Nationally, this means that 685,00 Canadians who regularly travel to Mexico during the winter won’t be doing so, reducing tourism income by $782,000.  The impact will be greater for bi-national resident towns like Ajijic, Oaxaca, and San Miguel which depend on steady spending from resident snowbird Canadians.

The impact locally is exemplified by the drop in attendance at the Lake Chapala Society.  A spokeswoman at LCS told Laguna that “many members have not returned at all since March when the flights were cancelled and restrictions imposed.  We have seen no snowbirds at all.  Even the Americans who regularly come for the winter are not here.”

The staff at one local restaurant said their business is now almost all weekends and almost all tapetios; they used to see Canadians regularly during the week, but they are just gone.

John Kelly at the Royal Canadian Legion told Laguna in a phone interview that there has been an impact on their membership and attendance, but that it has cut both ways.

“Some people are staying in Canada because they can’t get out – there are no flights, and some people are staying her in Chapala because they can’t go home, he told Laguna. “And it is risky.  One of our members went to Canada for a short trip on business, and got Covid and could not return  –  so  some of us feel safer here,”  he said, adding that he knows of as many as 20 people who want to come back to Lakeside but cannot leave Canada, and about 10 people are stuck here and can’t leave Mexico and if they could, can’t afford the long quarantine in Canada.

The Mexican government has asked Canada to allow flights to resume or risk “a profound economic crisis in the North American region” but, despite Mexicans regulations that allow entry with testing and health reviews, it does not appear that the Canadian government will change policies soon because more contagious strains of the coronavirus have surfaced.  So, the disappearing Canadians will stay invisible in Lakeside.