New invasion of the Tepalo above Ajijic

Looking down on illegal dwelling in Tepalo on hiking trail above Ajijic near Donaire Hotel.

Redacción.  Jury-rigged bamboo and plastic tarp shacks appeared last week in the Tepalo land above Calle Benito Juárez and Calle Colón,  near the Hotel Donaire. The largest shack is across the hiking trail from the sign identifying the land as Ejido property.

When a local resident tried to photograph a shack that had voices and smoke coming from it on Wednesday morning, he noticed a young boy on the road with a machete yelling “hey” at him.  The boy was not threatening, but the resident stopped taking pictures and left. 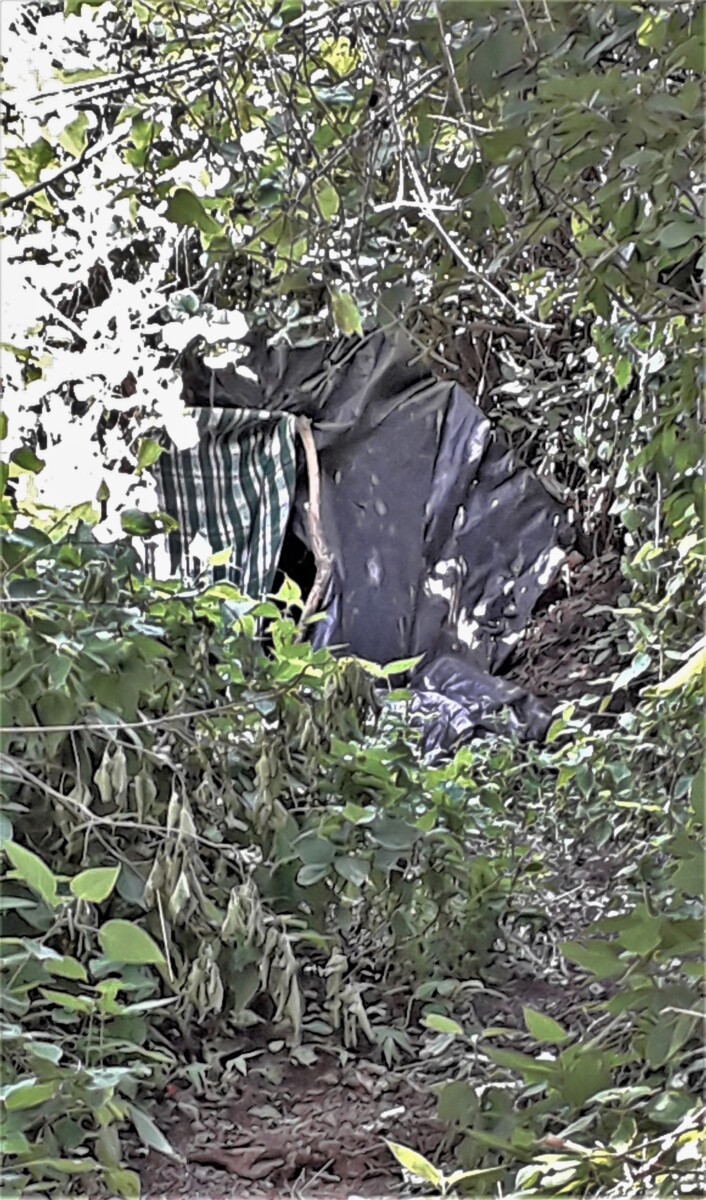 Illegal building in Tepalo above Ajijic, near Colon

Three or four men were observed by neighbors last week cutting underbrush and thought nothing of it until a framework for shacks appeared.  When a neighbor asked one of the men if they were building a house, he said no, but would not say what the shack was for.  There are three or four shacks in the area now, all but one carefully hidden from view by foliage. The largest is slightly visible from the road.

A number of unfamiliar men have been observed going in and out of the paths leading into the forest toward the shacks, and new garbage and broken roof tiles have appeared on the hiking trail that begins on Calle Juarez, across from the Donaire Hotel.

To date there has been no  trouble at the illegal buildings, but neighbors report seeing smoke and hearing noise coming from at least one of the shacks,  and new trails have been cut into the pristine forest.  One neighbor interviewed speculated that the shacks are occupied by people who sold drugs on Colon and were chased away by local residents, but has no evidence.