Chronicles of the Ribera

The oven begins to heat up.

María del Refugio Reynozo Medina.- Bread maker, David Martínez Velázquez’s house is located in the middle of the cobblestone street. A simple brown door in a discreet white façade and a cement step leads to the narrow entrance hallway. At the back, at the end of the house, is the oven built of brick and covered with cement. It is just over two meters high and can hold up to 50 loaves of bread at a time. 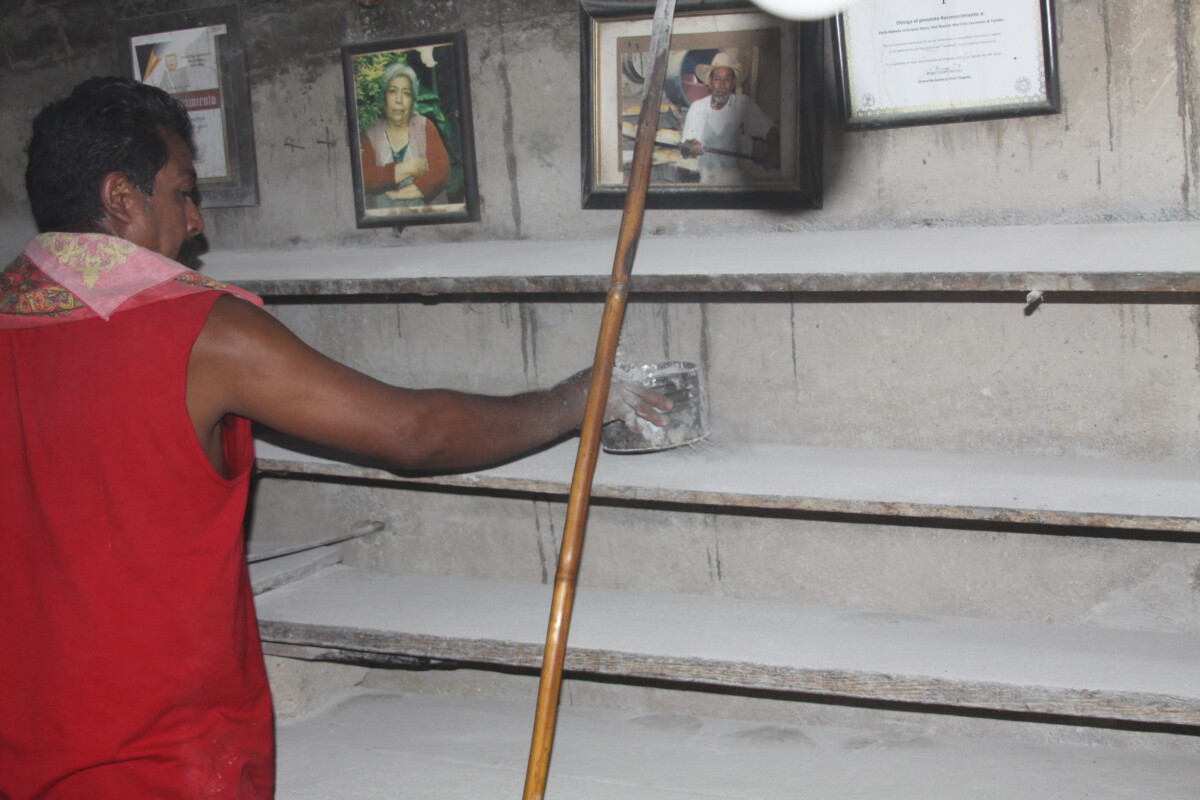 David sprinkles the ash on the planks where the bread will rest in a few minutes before baking.

A ray of sunlight streams through the tin roof and ceiling through which the smoke also escapes. The adobe walls and wooden beams that cross the roof are covered with a black sieve of soot, the result of many dozens of years.

Portraits of Doña Rafaela Velázquez and Rosario Martínez hang on the wall with their wooden frames splattered with ash. They are David Martínez Velázquez’s parents, who taught him the trade since he was ten years old.

Also hanging on the wall are huge clay pots, the ones Doña Rafaela used to use when she prepared the food during the festivities.

The image of San Martín Caballero, a couple of awards from the Government of Chapala, and Toni, a green parrot in the cage, accompany the daily task of making bread. 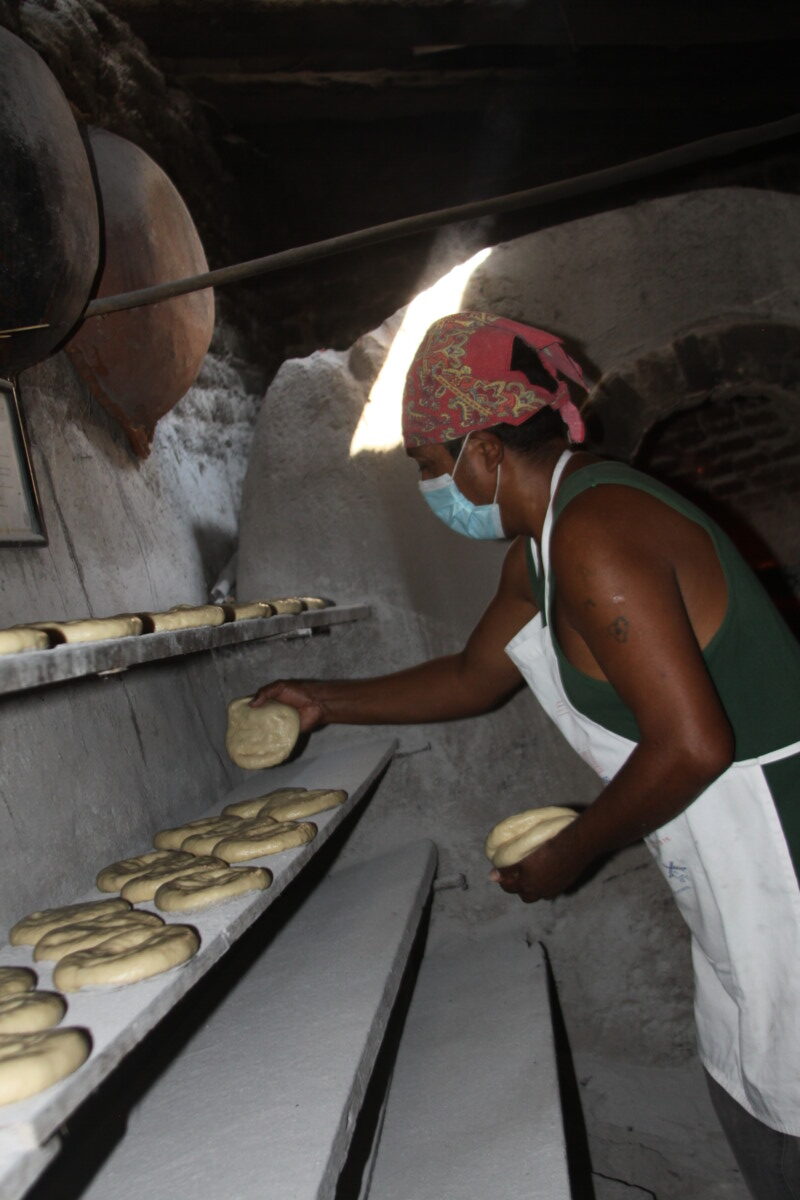 The breads are placed for a few minutes on a bed of ashes.

At 9:00 in the morning the task begins. The firewood is placed in the oven. For this, an overflowing wheelbarrow is needed, the best made of guamúchil, tepehuaje and mesquite. For each wheelbarrow they pay 150 and up to 180 pesos. The night before, the mother yeast is prepared with the home recipe, the main components are flour, egg and sugar.

David places the ingredients in a large plastic tub, while the flames begin to embrace the logs.

The dough transfers from one hand to the other for about an hour;-I’m lifting about 40 kilos here,» David says as he vigorously moves the dough. 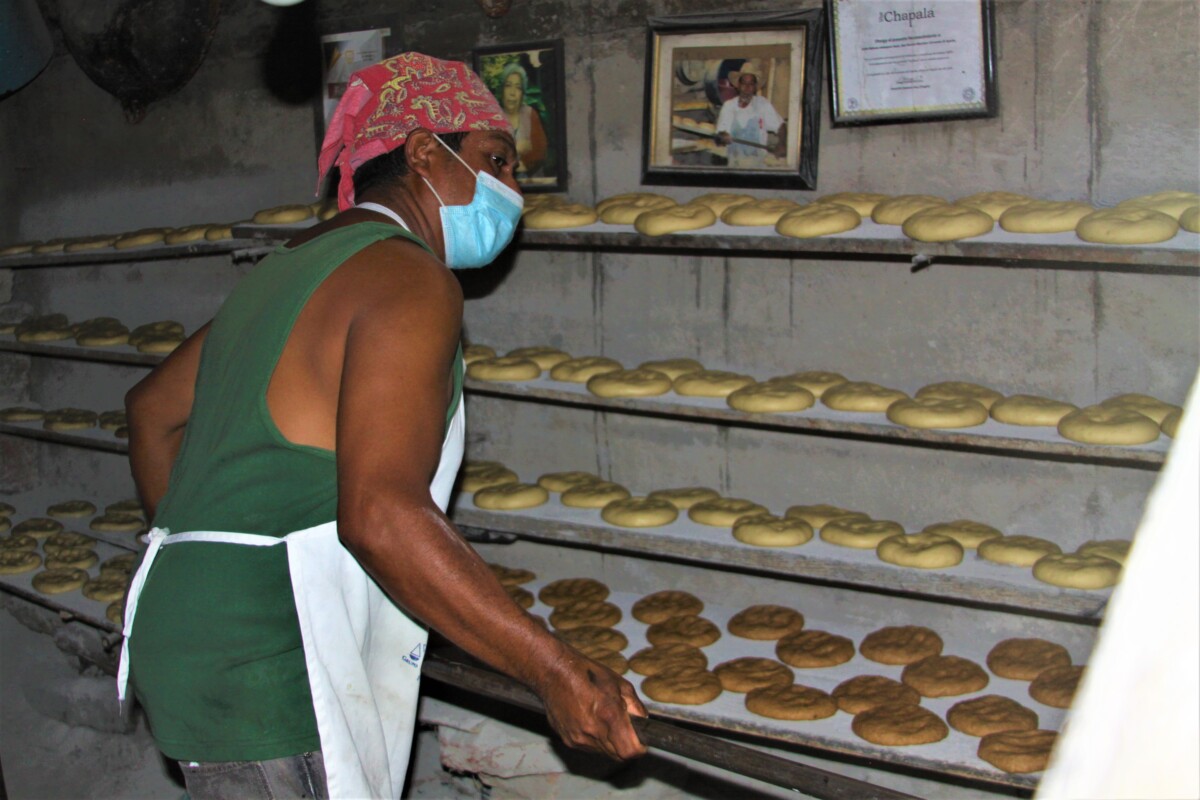 The breads in line for the baking process.

“I’m going to invite the guys who lift weights,» he says and continues kneading.

The weather interferes with the resting time of the flour. If it’s cold you have to wait about six hours of resting; when it’s hot, an hour or two is enough.

At 12:00 the dough is ready to form the bread figures. More family members participate in this activity.

First, David sprinkles ash on the set of planks placed next to the oven; there the pieces rest for a few minutes before being put in the oven.

The thick trunks of guamúchil are already turned into ash, and the pieces of bread are placed next to the sparkling dust.

In addition to the tachihual bread, they make corn gorditas, wheat semolina sweetened with piloncillo and ojitos de nata (the same dough seasoned with milk cream).

At 3:00 in the afternoon the bread is ready, and so is the man who takes it to the malecon and the streets of town to sell it. 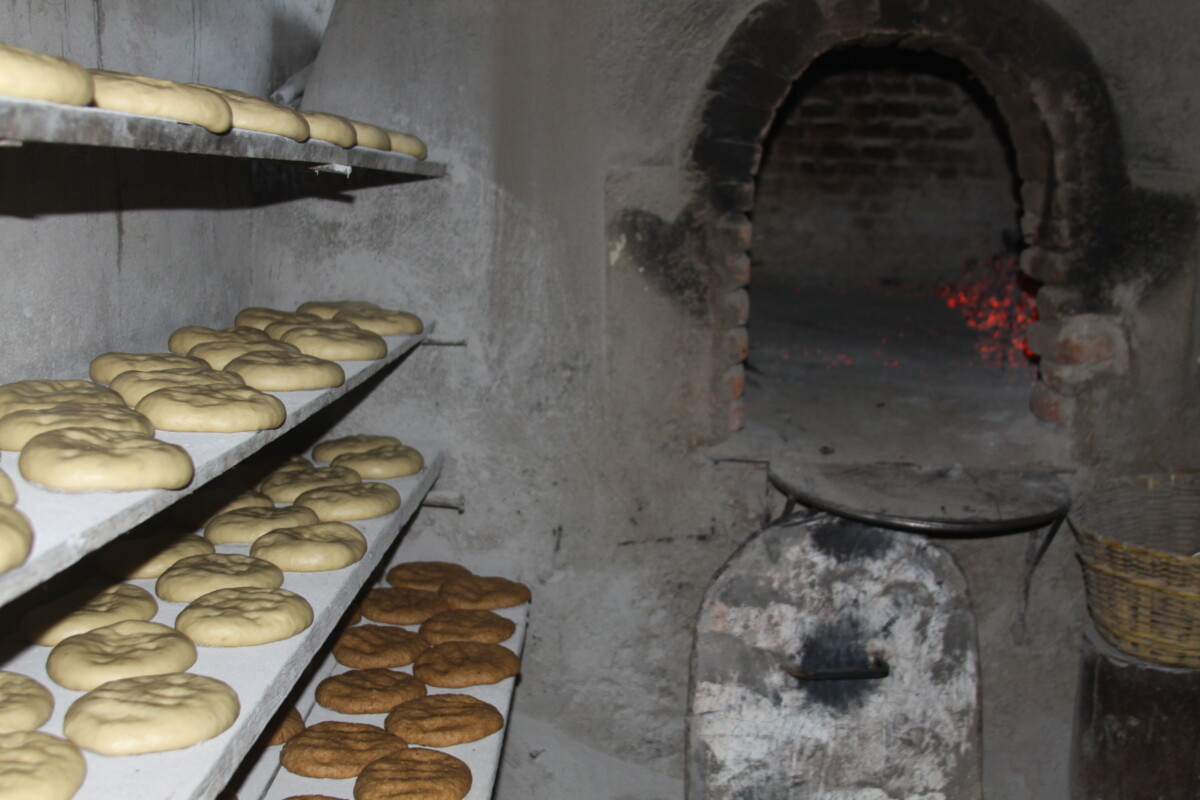 Below the wheat seeds and above the resting bread.

A loaf of bread costs 12 pesos; there is a special bread with raisins and nuts in a larger size that sells for 90 and 100 pesos. Once prepared, the bread can last in perfect condition for up to 8 days.

During the months of May, especially on the Day of the Cross there is more demand for bread, and they make some in the shape of a cross or crown with icing and red coloring. 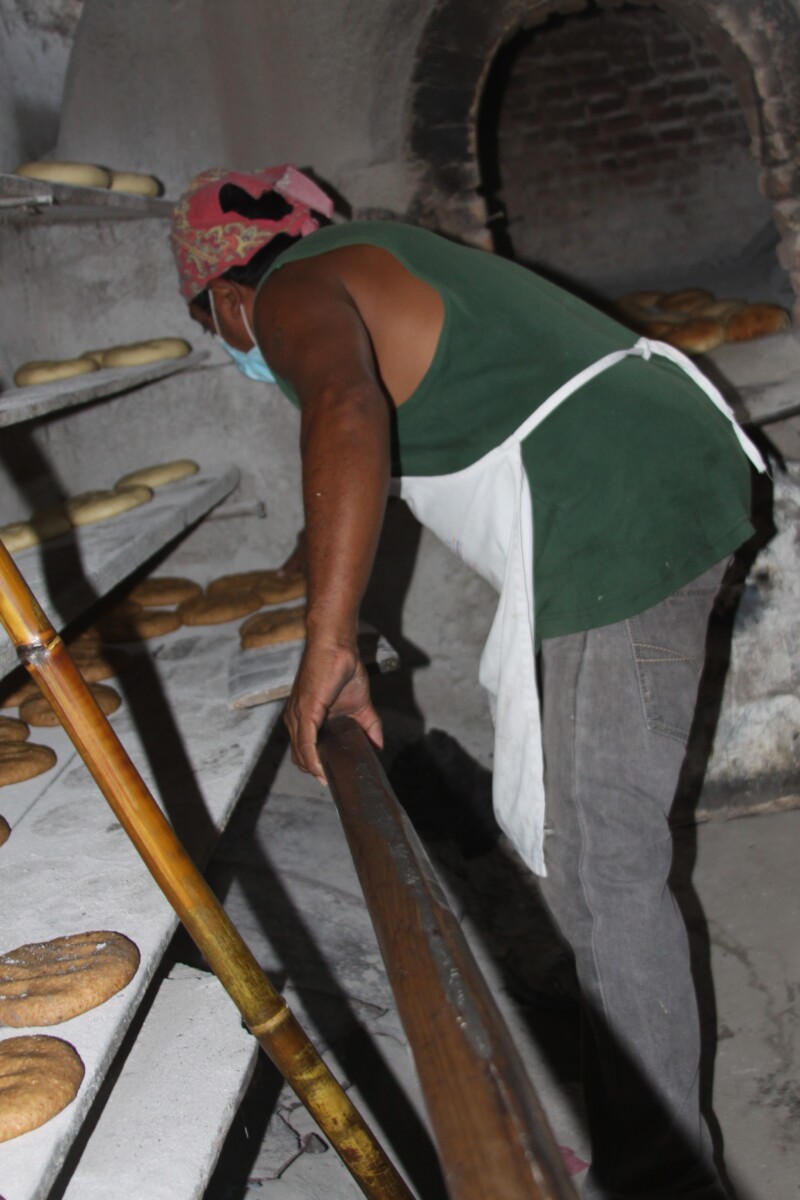 At three o’clock in the afternoon the bread is ready.

At David’s house, at least five days a week the oven is turned on, which implies work and expense. A 44-kilo sack of flour costs 520 pesos. The investment to make a batch of bread is about 900 pesos in one day. 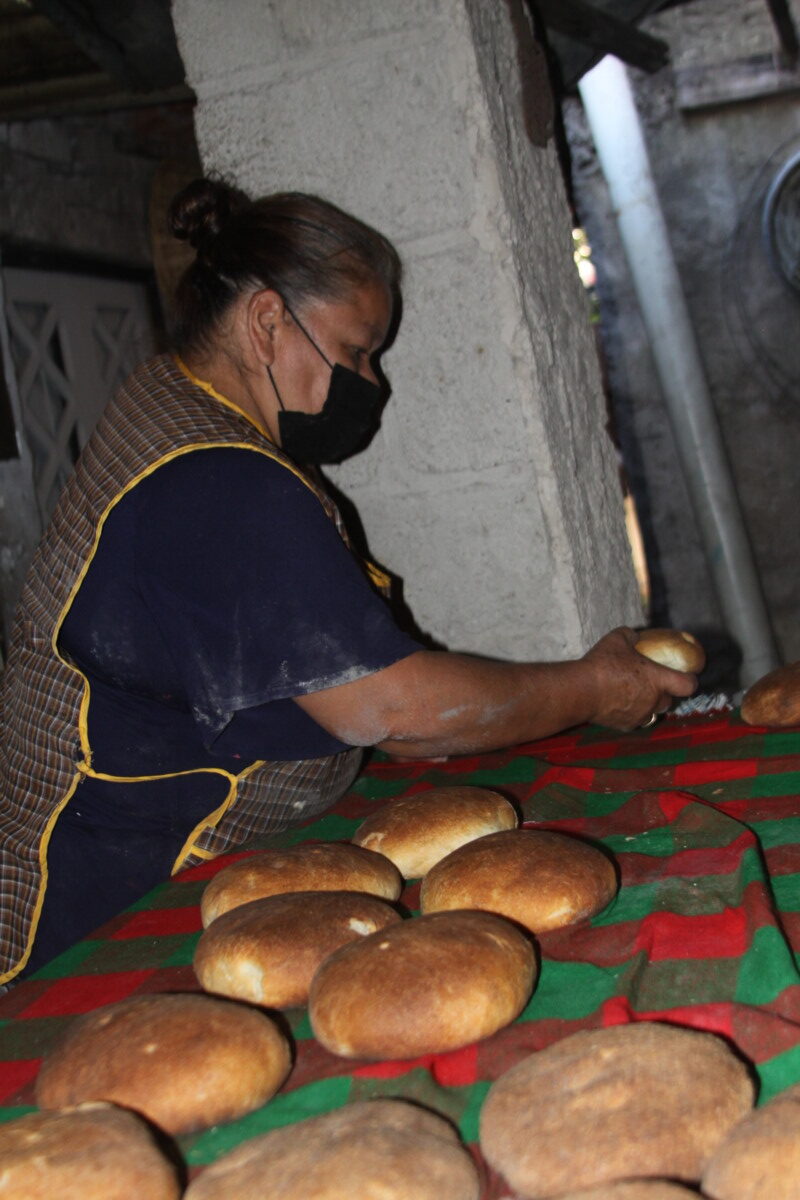 For David it is a pleasure to continue his mother’s tradition. He has been visited by some news and print media, reports and interviews have been recorded that make him feel proud of a trade that has been passed down from generation to generation. 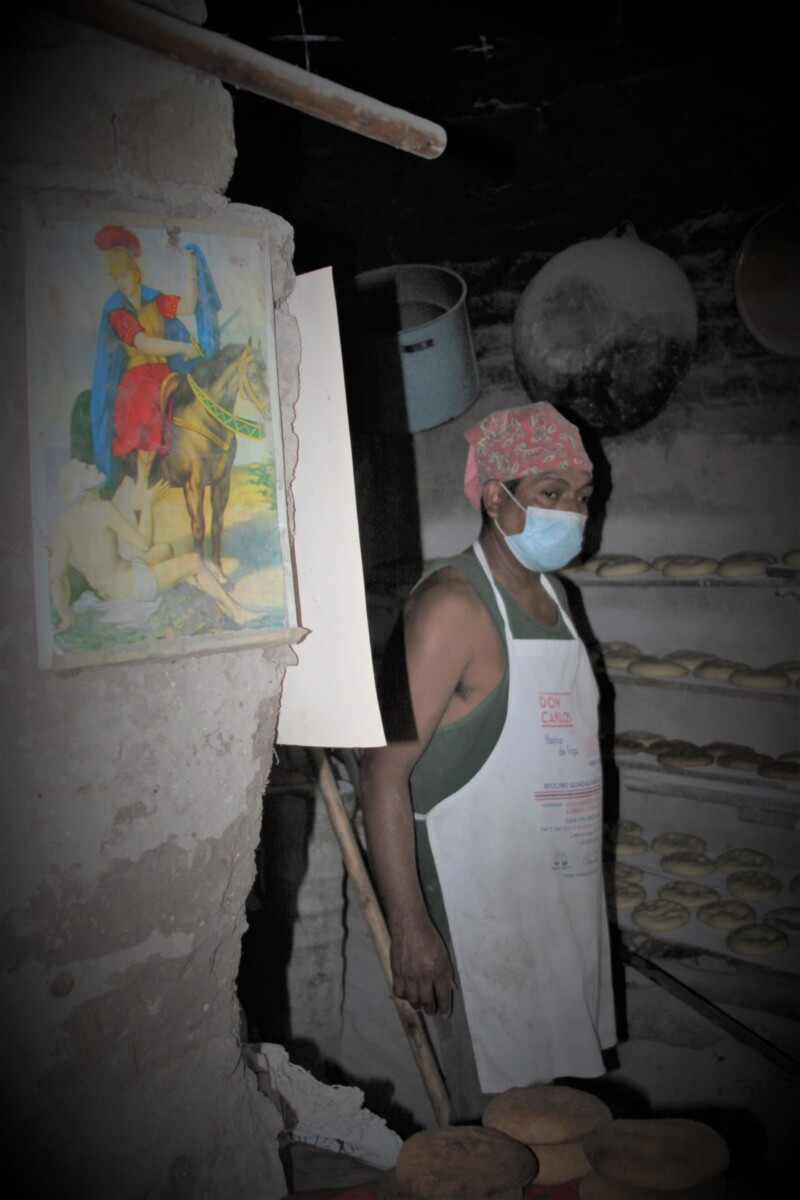 The image of San Martín Caballero, the portraits and the huge pans attest to the daily work of making bread.

There are fellow countrymen who live abroad and send for the tachihual bread, which they freeze and eat little by little, perhaps because that loaf tastes like nostalgia.

The fleeting but well-lived life of Fabián Heredia «Cacheiris»
Opinión: Norte a Sur 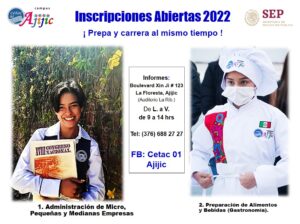