Construction has begun on new subdivision in El Limón; fines not warranted

Héctor Ruiz Mejía: The new development being built on El Limón hill, in San Juan Cosalá, a delegation that makes up the municipality of Jocotepec, does not have any type of permit issued.

According to José de Jesús Gaytán Cuevas, director of urban development in Jocotepec, the project, which is intended to be a new subdivision by a construction company named TAC, does not have a permit from said agency either.

«They have not presented themselves to our office, so the work has been stopped,» commented the director of urban development, who added that the construction company has taken the documents for review.

He said that the construction company will not be sanctioned and does not appear to deserve punishment, despite the fact that they had previously begun to build without any type of permit. 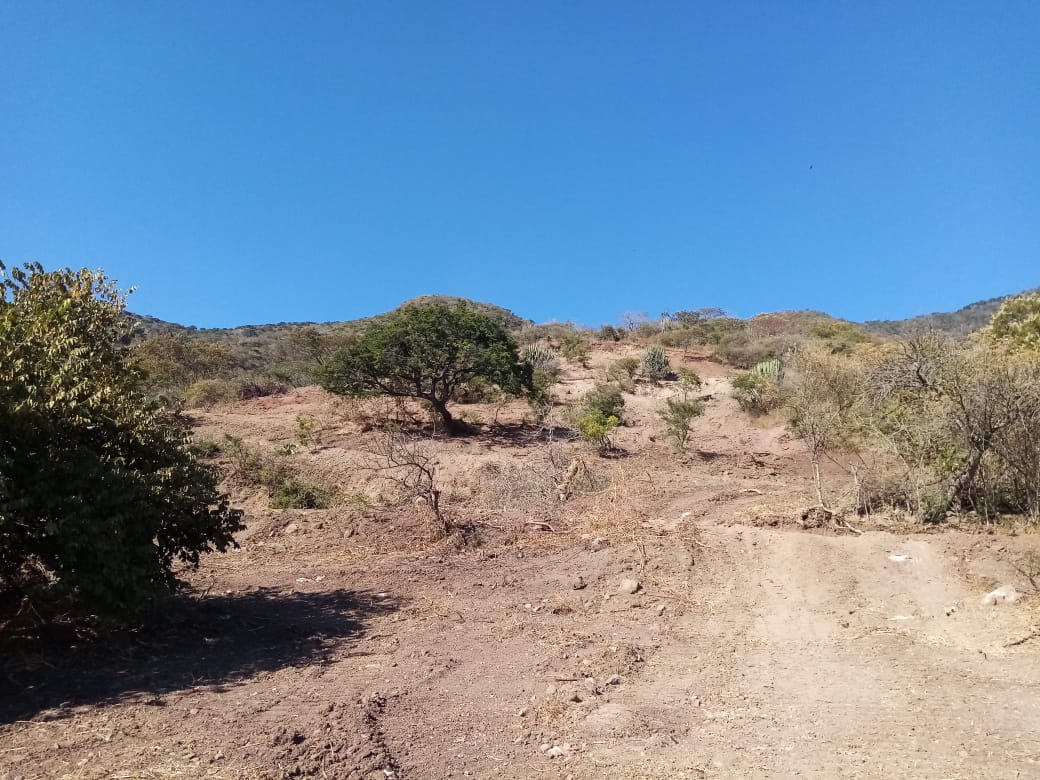 So far, the construction company TAC has not responded regarding the damage caused to the vegetation. Photo: Courtesy.

«No, they do not deserve any type of fine from us, they have already delivered their documentation and although they cannot work right now, we are already in review to determine the corresponding rulings,» he explained.

However, despite previous assurances by Jocotepec director of ecology Daniel Garabito that the construction company was deserving of fines for the felling of approximately 60 Palo Dulce native trees, Gaytán said that urban development only received reports of three trees cut down.

The private company has not responded to the summons to clarify what happened before ecology. However, according to Garabito, they are still waiting to reach some kind of agreement in which, at a minimum, reforestation work will be done.

So far, under the watchful gaze of the population, the next subdivision continues to go unpunished.

Fine-tuning the crosswalk on Colón Street

The malecon in Ajijic is where they expect the highest concentration of people.

Sofia Medeles (Ajijic, Jal.)- As part of the tourist operation in Ajijic for the Christmas holiday period the Head of the Delegado’s Office, Maximiliano Macias Arceo, will try to shorten the crosswalk on Colon Street.

Max also said that he wants to reduce the number of days he had originally proposed to start with the crosswalk which were December 20 until the New Year’s festivities. Now he thinks it would be more convenient to do it only on December 24, 25 and 31, as well as on January 1.

«This last week, due to the crosswalk to the plaza, there was a big disruption in traffic and parking. I will try to talk to the county president, Alejandro Aguirre, so that these days can be reduced,» said the mayor.

He added that, as part of the tourist operation in Ajijic, Civil Protection and Public Safety units will be making more rounds than usual in the downtown area and on the boardwalk where they expect the highest concentration of visitors, to ensure that everything is under control.

Children in Chapala show love of technology in their Christmas wishes

Jazmín Stengel (Chapala)- Electronic devices such as cell phones, tablets and video games are the most desired gifts for children in the municipality this year.

In this sense, during the Juguetón 2021 (Toy Collection) in Chapala’s main square, many children took the opportunity not only to donate a gift, but also to share their Christmas wishes with Semanario Laguna.

Like 10-year-old Victor, who asked for a cell phone to share memes with his friends on social networks, or Sofia who wants a pink tablet because now dolls dress digitally by downloading fashion apps.

Video games have also become very popular among children and teenagers. A good example was Gabriel, who at 15 years old asked for the new “Halo” for Christmas and accessories for his latest generation “Xbox Series X.” Gabriel plays about 20 hours a week.

Of the approximately 10 children Semanario Laguna talked to last weekend, the wishes varied most in the brands or categories of the devices. The only difference was that clothing, makeup and fashion accessories reflect the desires of teenage girls.

It is now rare to hear a child ask for a bicycle or a skateboard, let alone spinning tops or marbles. Indeed, there were those who did not know the matatena (jacks). That was more so for the adults, who between jokes recalled the emblematic games of their childhood.

“We used to play ‘comidita,’ or jump rope,” recalled Isabel, mother of a girl and a boy who played in the plaza, while she and her husband took care of them. “The men played cops and robbers or wrestling,” the gentleman added to the conversation and concluded: “How curious! We millennials had to be in the middle.”