Patrick O’Heffernan (Ajijic).- The award-winning Mariachi Estrella de Chula Vista, made its fifth trip from San Diego to the Lake Chapala Society’s annual Mariachi Festival this past weekend, accompanied by the Los Angeles-based Grupo Bella and Ajijic’s young but highly accomplished Mariachi Torres. One of many major bicultural events at the Society’s Ajijic campus, the festival attracted several hundred spectators, both Expats and Mexicans, who were treated to some of the best mariachi from both sides of the border, along with conversations with the musicians and samples of locally grown and distilled Sandy & Daniel Tequila. 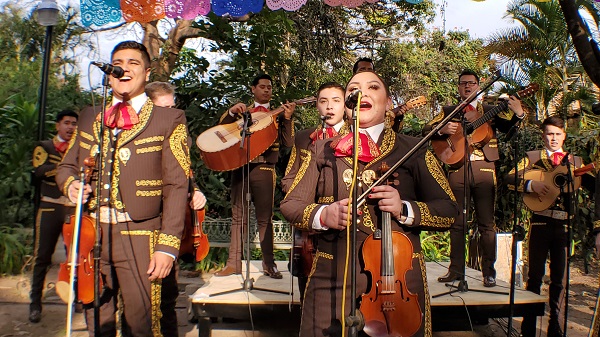 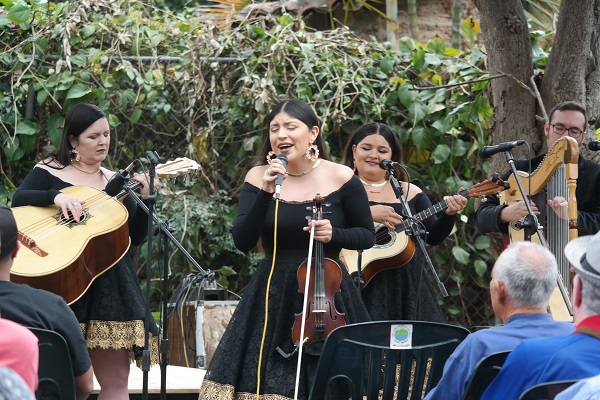 Made up of Grammy Award-winning musicians, Grupo Bella from Los Angeles is an almost all female group that uses Mariachi instrumentation to add a modern twist to Mariachi music while still preserving its essence. Directed by the Grammy-award winning vocalist and composer Vanessa Ramirez who tours Mexico with the band’s harpist Michael Tejada in search of original Mexican music, including mariachi. The band thrilled audiences with  zapeteado dancing and violinists who strolled through the crowd while playing. 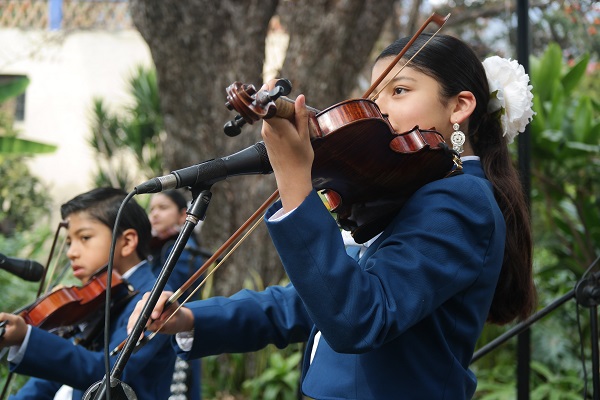 Mariachi Torres opened up the afternoon of mariachi music. Made up of a single family plus two musician friends they stunned the audience with their professional-level skill despite the very young ages of some of the players.  Led by their beaming father, Mariachi Torres set thetone for the day – a very high level of talent and a lot of fun.

The Mariachi Festival at the Lake Chapala Society campus is part of the organization’s continuing outreach to the local Mexican community, as well as to Ex-pats who live in or visit Lakeside.  Membership is open to all and the society sponsors numerous activities with the Local Mexican Community, including the bilingual Conecciones magazine and monthly gathering to introduce LCS members to people and institutions in the local community.