ADVENTURES OF AN AUSTRIAN GIRL IN MÉXICO

copyright by Ricarda Ecker _  A table-store in the streets of San Antonio.

When people back home in Austria think about Mexico, they see a very clear picture: in Mexico everyone is part of a cartel and a killer. You can buy drugs at every corner. Everyone is wearing sombrero hats and ponchos and the countryside is just a desert with lots of cacti. So, when I told my mum that I will go to this country full of killers, she was sure that I won’t come back alive.

But already after a few days in Mexico I knew, that I won’t get killed by the boss of a cartel, nobody wanted to sell me drugs and I was a little sad that no Mexican man wears a sombrero hat. But I was not so sure if I would survive this trip.

The reason for that, is the fact that I mostly use the public bus system. In Austria going by bus is very easy – I had never realized that before. We have a plan at every bus station that tells us exactly when the bus will arrive, which bus with which number goes which direction. The bus stops just at the clearly marked stations. A monitor and a voice let you know which station comes next. You can buy a ticket at a ticket machine in the bus or via an app. This app is also able to plan your trip from where you are, to where you want to go. It tells you where to change busses or trains, how long you have time for that, if the bus is late and which way you have to walk when you exit the bus.

So, when I tried to make my first trip from San Antonio to Chapala, I was clearly lost. I found something like a bus station and waved at the next bus that came along the street. The driver stopped and I entered the bus. Because of my lack of Spanish, I just mumbled Chapala and gave the driver some money. I had no idea what he said back. Gladly I found an empty seat and sat next to a woman with a baby on her lap. The whole time I wasn’t sure if I was in the right bus and I had no idea where I should leave the bus. Scared that I would go too far, I left the bus together with a few other people, where I thought the landscape had changed into a city. Out on the streets I checked with Google Maps where I was. I still had to walk for half an hour along the way, the bus would have gone, until I was, where I wanted to be. On my way home, I was so glad that I remembered at least what the landscape looked like where I wanted to exit the bus. 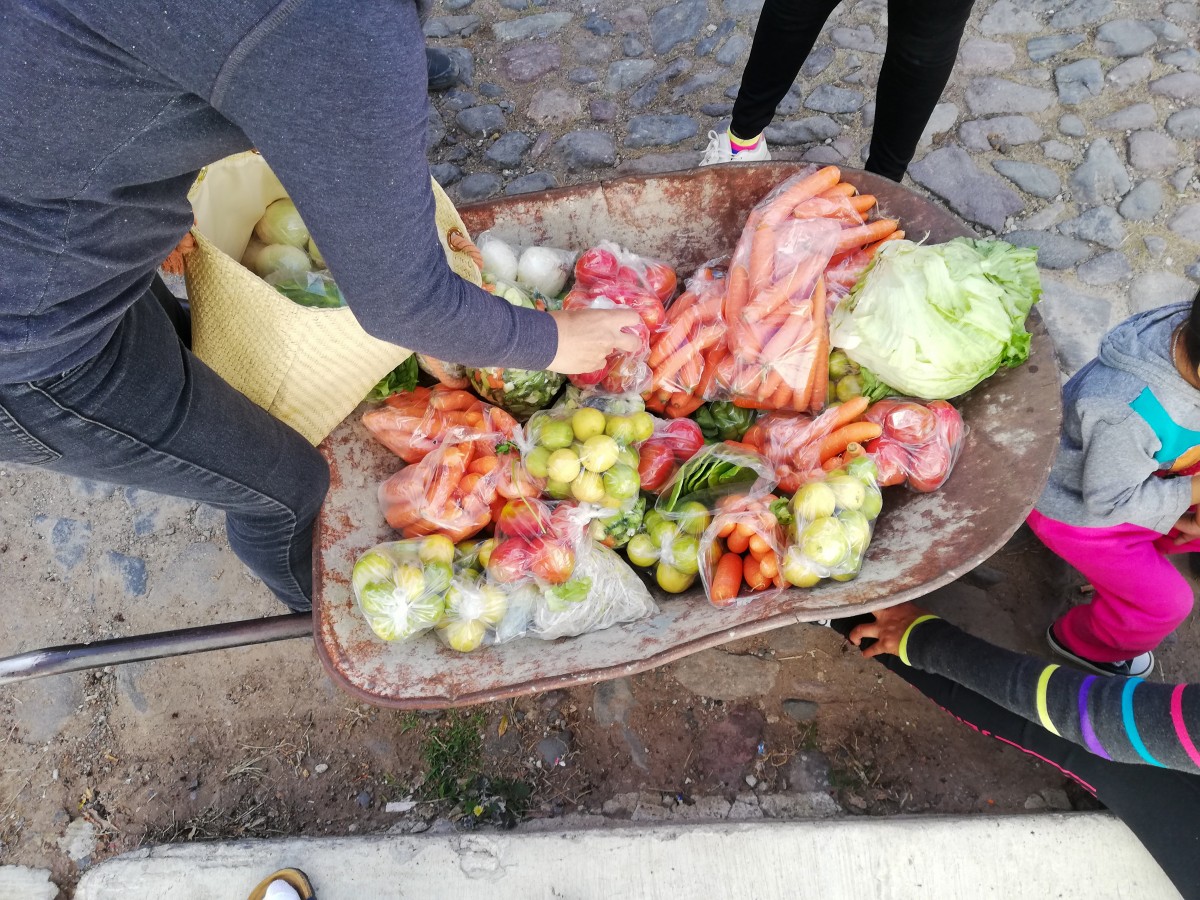 copyright by Ricarda Ecker _ A pushcart-shop in the streets of San Antonio.

Another seemingly usual thing that surprised me about Mexico are the small shops and stores everywhere. On every corner and in each garage, you can find people selling, fixing or producing something. If people don’t have a garage, they put a small table in the front of their house or open a window to sell sweets and snacks, or they walk around the streets and sell vegetables out of a pushcart. You can’t find anything like that in Austria. There are only many supermarkets and big shops, hardly none of them is still a family business and all of them are closed on Sundays.

Another issue that caught my attention, is the lack of safety when people in Mexico ride a motorcycle or go by car. In Austria everyone wears a helmet when riding motorcycles. In cars, you find just as many people, as there are safety belts. Kids up to twelve years old wear ride in special seats. There are four different kind of seats, depending on the size of the children. In Mexico it seems normal that there are up to ten people in a small car, people ride in the back of pickups, babies lie on the passenger seat without any safety belt and on motorcycles hardly nobody wears a helmet.

There are many differences between the two cultures, but all in all, I have to say, there are far more similarities. People want the same things, women are almost equal to men in both countries, food is a very important issue and the traditional music sounds in Mexico almost the same as it does in Austria. Historically seen, have Austria and Mexico very much in common and I am glad that I have encountered some similarities during my stay.