Pueblo Mágico will be celebrated with mountain race

Ajijic Mágico Trail Running Race scheduled for August 29th and is limited to 300 participants. Prizes, medals and T-shirts will be available for the runners

The race will take place on Sunday, August 29.

Sofia Medeles (Ajijic, Jal.)– As part of the promotional festivities to be held for the naming of Ajijic as a Magical Town, the municipality of Chapala, in conjunction with athletes from Ajijic, organized the Ajijic Mágico Trail Running race, a 10-kilometer run in the most recognized sections of the mountains of the Magical Town.

The race will take place on Sunday, August 29 and has already been authorized by the Indigenous Community of Axixic, confirmed by the president of the board of directors, Margarito Rojas, and informed that the competition will start and end at the main square of the town.

Noted Ajijic runner José «Jou» González Valenzuela, known among his acquaintances as «Chabelo» told Laguna that the route will pass through points such as «El Pandito». 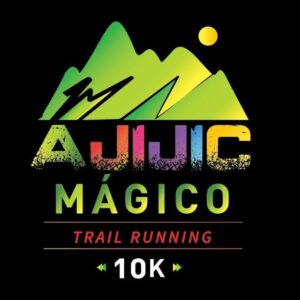 Ajijic councilwoman Cristina Gómez Padilla, saisd that this first competition is intended to recognize the route of Ricardo Gónzalez «El Chicles», athlete and founder of the trail races on the hills that bracket Ajijic. She thanked the Indigenous Community, which allowed the race within its  lands in the hills of Ajijic.

The race is limited to 300 participants, with a cost of 320 pesos per person.  Runners can register through the website www.chronosport.mx/carreras, and request information on the Facebook page: Ajijic Mágico Trail Running. The categories are Free and Master, male and female.

Cash prizes will be awarded in all cat00egories and runners will receive  a T-shirt. Hydration will be available during the race and refreshments will be served at the finish.  Gifts for the finishers will include a commemorative medal, an official time certificate. Guides will be on hand during the race,  along with timing technologies and disposable chips for runners.