The karaoke version of the 70’s TV competition filled the Spotlight Club last week and raised over $16,000 for local charities; the organizers are considering a repeat next year

Patrick O’Heffernan Ajijic (Jal).- The first and apparently not the last Karaoke Gong Show for Charity came off as a great success last week at The Spotlight Club in San Antonio Tlayacapan.  The event sold out, raising almost $16,800mx for the Programa pro Niños Incapacitados del Lago A.C, Love in Action and animal rescue organizations. Based on the long-running Emmy-winning goofy talent contest, the Spotlight event featured 15 amateur (but many very talented) singers competing for a grand prize of a table and drinks for 4 at any show at The Spotlight.  Mark Rome, owner of The Spotlight donated 100% of the night’s ticket proceeds to the Gong Show’s designated charities and provided the grand prize. 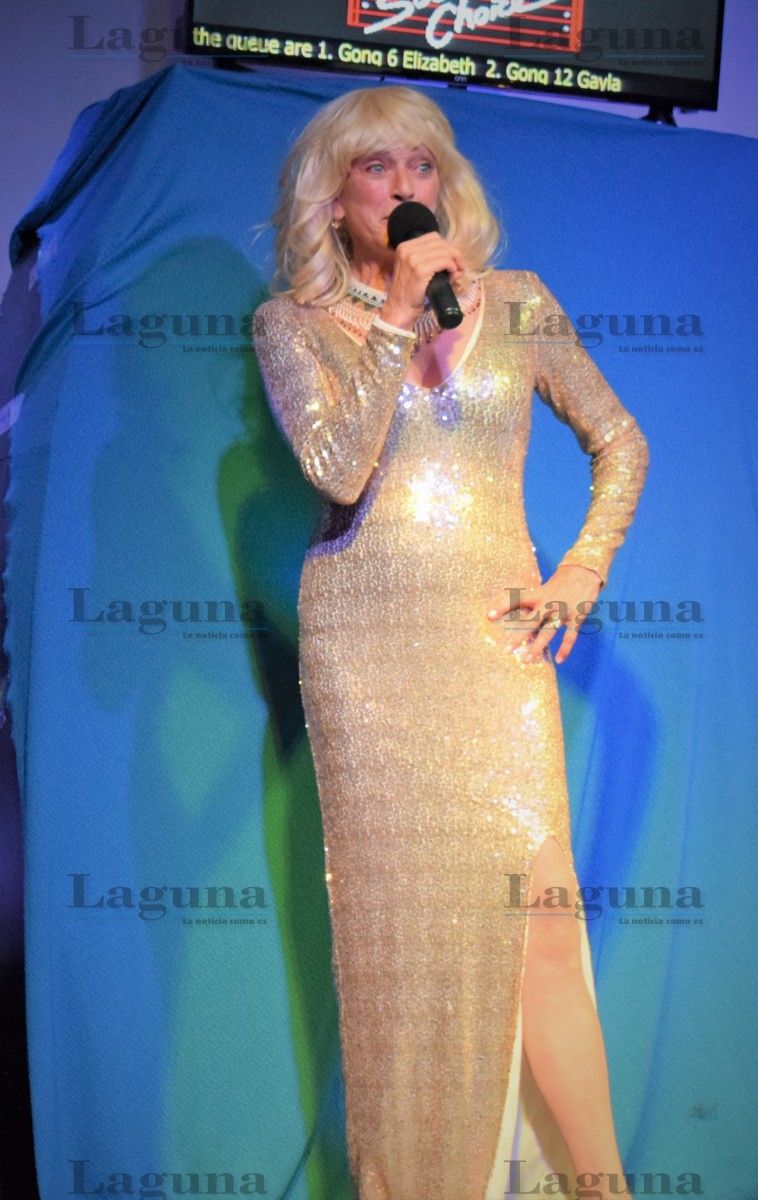 The event filled up early with holders of reservations arriving as the doors opened to claim great seats and a few people appeared at the door asking to compete (they were too late – the lineup had been set weeks earlier).  Many of the contestants brought friends and family who occupied “cheering sections” at tables stage left, where the contestants mounted the stag when called by Master of Ceremonies Ed Tasca, columnist for the Guadalajara Reporter.  The all-volunteer show was produced by the informal group, the “Lakeside Karaoke Singers”.

The judges, however, were not amateurs.  Chief Judge Cindy Paul is a professional singer, Patrick O’Heffernan is a music critic as well as a writer for Laguna, and Wayne Watson is a professional musician. The judges analyzed the contestants on the basis of pitch, key, costume, stage presence, audience connection, song selection, and skill in tracking the lyrics on the screen.  Contestants were “gonged” after a discussion among the judges, rather than on the opinion of a single judge.

A full house at The Spotlight.

The level of talent was impressive.  Most of the singers were extremely well-prepared and rehearsed and many wore costumes to match the songs, changing costumes as they advanced in the contest.  Two finalists remained at the end of the show, Gayla, and Patti Gates.  The audience chose the winner by clapping and cheering for their favorite. Gayla was the clear winner and, after congratulating her runner up, entertained the crowd with a final song.

The impressive fund-raising success of the event and the favorable audience feedback (though not necessarily from all the losing singers) have persuaded the organizers to consider a repeat performance early next year with a few tweaks to the program to give the singers more time and the audience more entertainment.