Ajijic’s bicycle lane is still filled with cars and obstructions.

Despite remodeling the bicycle lane, the problem of illegal parking in the center of Ajijic remains unsolved.

Sofía Medeles/Domingo M. Flores (Ajijic, Jal.) – Cyclists riding through central Ajijic still must navigate illegally parked cars and other obstructions on the bike path through town. Cyclists and merchants along the path want barriers to stop the illegal parking. 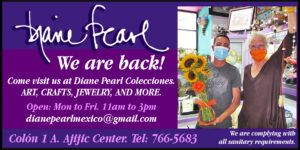 There are no containment barriers to block cars from parking on the bike path from Javier Mina Street to where it ends on Tempisque Street, unlike the barriers along the eight kilometers of the ciclovía that connects Chapala and Ajijic .

To read the full news story, look for our printed edition in stores and supermarkets in Chapala, Ajijic and Jocotepec. Laguna 438.