Blue Jay Slim says goodbye to Ajijic  – for a while

Blue Jay Slim sings a loving duet with his wife at El Barco.

Blue Jay – or just “Jay” as he is known in the music community, played a final concert with his all-star  blue Machine Band of Javier Villaseñor on guitar, Chelo Gonzales on drums, Sergio Casas on bass, Christian Jimenez on piano plus guest horn players coaxed out of the audience.

Blue Jay announced at the opening of his first set that this would be his last concert because he was headed back NOB, but he told Laguna the move was not permanent and that he and wife will return, maybe after the end of the year – no date specified.  But since many people who know him remember that he went back to the states in 2013 only to return to Ajijic , bigger and better, there was no doubt they would see him again. 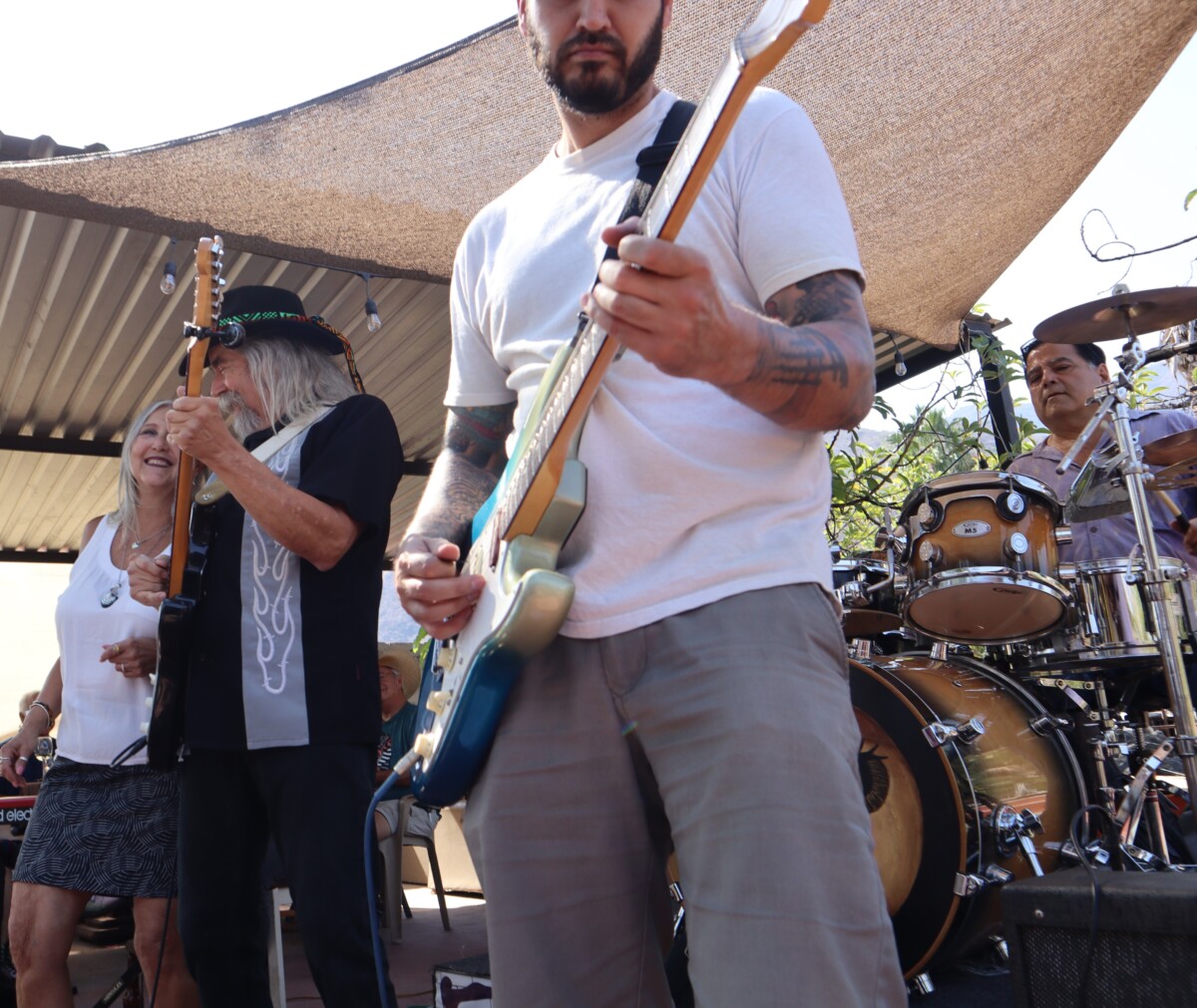 Blue Jay has played for years in Lakeside  with the Blues Machine and an earlier band, The Tone Blasters, after an illustrious (and still going) career of recording and live performing in the US.  He has opened for  major bands like Shemkia Copeland, Marcia Ball, The Nighthawkes and many others.  He has played major venues and festivals in the US, and was inducted into the Blues Hall of Fame from Deleware in November 2013.  His Ajijic band was inducted into the Blues Hall of Fame last year.

The goodbye concert featured  2 sets with originals like “Don’t Look Up’, and “The Call Me the Boogie Man” and  “Seven Woman Man” plus classic blues favorites like “Back Magic Woman” and “Hoochie Coochie Man”.

El Barco’s upstairs outdoor venue began filling up an hour before showtime and it was standing room by the time the band got on stage. But their fans made room for dancing, especially during the loving duet “Some Kind of Wonderful” with his wife.

Fans told Laguna they can’t wait until he returns, but in the meantime they will be enjoying The Blues Machine and Javier Villaseñor flaming guitar licks.  Fans who need their Blue Jay fix can sgream his albums Call Me the Boogie Man and Blue Slim and the ToneBlasters on Spotify