Dengue cases down in Lakeside, but it hurts more and climate change promises worse to come

Patrick O’Heffernan. Ajijic (Jal).- Although the Health Secretary of Mexico has recorded a 243% increase in dengue in Jalisco, Lakeside has actually seen a reduction in the number of cases over the past three weeks.  But those who do arrive at local doctors and hospitals worried about a possible infection are exhibiting more painful symptoms than have seen previously. Doctors interviewed by Laguna report that many patients present themselves with severe pain and headache instead of the fever and flu-like symptoms they saw earlier.

“ It used to be fever, fever, fever,” said Dr. Alfredo Rodriguez  of Ajijic Hospital, “but now we see people with severe pain in the muscles, the back, the eyes, the head.  It is different.  The virus may have mutated.”  He added that it is now routine to test incoming patients with severe pain for dengue. His hospital has also seen a drop in the number of cases of dengue over the past 3 -4 weeks.

Research on dengue virus samples indicates it indeed can mutate and in fact has mutated into the four major types of dengue. However, local doctors report that the more severe mutation of dengue, dengue hemorrhagic fever, is rare in Lakeside.  Hemorrhagic dengue causes leakage of blood from the circulatory system and can be fatal if not treated. There is currently no vaccine for dengue.

Dr. Carlos Ramirez Aldrete, Chief of Hospital San Antonio, reported that he had seen 4 patients over the past year with hemorrhagic dengue, but they all had low white cell counts, which could indicate a weak or compromised immune system.  He noted that in the county hospital in Guadalajara last year there was a period in which they were seeing 25-30 hemorrhagic cases a day, but here in Lakeside the only increase he saw was in people with the flu, possibly because more people come in now to test for dengue.

The Jalisco regional office dedicated to tracking and suppressing dengue recently reported to local officials that the number of cases has fallen and there is no evidence to suggest that Lakeside is experiencing an epidemic.  While Guadalajara has seen a dramatic rise in cases (along with Cabo Corrientes, Cihuatlán, Puerto Vallarta, Bolaños, and Chimaltitán), doctors and local health officials feel that with adequate precautions the impact of the Guadalajara outbreak on the Lakeside area should be minimal. The peaking of cases of dengue in August may have been due in part to students and families returning from vacation, getting infected in the airport or elsewhere and returning to their homes and schools in Lakeside and Guadalajara

Dr. Miguel Zemeño Castillo, of the Jalisco dengue vector control program, told local officials that there is no evidence of an rise in the population of  Aedes aegypti mosquitos, the female of which carries the virus.    Mosquito control is difficult because the eggs can be laid in a teaspoon of clean, still water  – a pothole, dog dish, standing water in a patio or even a small puddle.  Fumigation is expensive and can disrupt other insect ecosystems, like butterflies.  Nevertheless at least one mass spraying has taken place in Ajijic.

Dr. Ramirez Aldrete advises his patients to clear areas around their home that could harbor mosquito eggs, use mosquito repellent outside,  and if necessary, spray insecticides inside their homes if they see mosquitoes.  Officials advise  to “Wash, Cover, Turn over, or Toss” all containers that can hold still water and provide a breeding area for mosquitos (mosquitos cannot breed in running water like creeks or rivers).  People are also urged to wear  long-sleeves outdoors, and  install  or repair screens.

The Dengue virus (DENV) infects about 400 million people annually around the world with a heavy concentration in tropical and sub-tropical regions.  The World Health Organization has designated dengue as the world’s fastest growing vector-spread (not spread through human contact) disease and the mosquito as the species most deadly to humans.  The Aedes mosquito has adapted to urban areas like Guadalajara by breeding in small puddles, biting during the day and biting on ankles and elbows where they cannot be easily felt.

Climate change is extending the range of mosquitos in general and Aedes in particular, with Jalisco and Lakeside prime targets for the spread of mosquito-borne diseases as the climate warms up. Several studies have concluded that cooler, higher elevations areas like Lakeside will see an increase in mosquito populations as global temperatures rise and rainfall patterns change.  They advise precautions  now like education, release of neutered male mosquitos, better road and public area maintenance to remove breeding spots, and carefully targeted spraying when necessary.

Local doctors agree with this assessment. When asked about the more painful symptoms being presented, Dr. C. Ramirez Aldrete said that “ we do not know why the symptoms have changed, but we do know that at this time of year – due to climate change and temperature change, we see more mosquitos and more cases.” 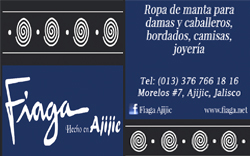