Patrick O’Heffernan Ajijic (JAL) Teya Ryan, the former Executive Vice President and General Manager of CNN, recently visited the offices of Semanario Laguna to see how local news is gathered in Mexico and to talk with Mexican journalists about the state of newspapers.  She was impressed not only with the quality of the reporting of newspapers in Lakeside, but with their independence.  “Semanario Laguna and other independent newspapers are so important because they keep the ideal of truthful, accurate, unbiased journalism alive at a time when newspapers in the United States are under attack and closing down,” she told the staff. “What you do here,” she said, “is not only excellent reporting but vital to independent journalism everywhere.”

She explained that falling advertising revenues, competition from online news and sales sites, and corporate takeovers have drastically reduced the number of newspapers in the USA.  In fact, a study of newspaper coverage in the United States found a national total of 1,810 papers ceased publication in the past 15 years – one fifth of all papers in the country. Ryan stressed the importance of papers like Semanario Laguna that survive on advertising and remain independent. 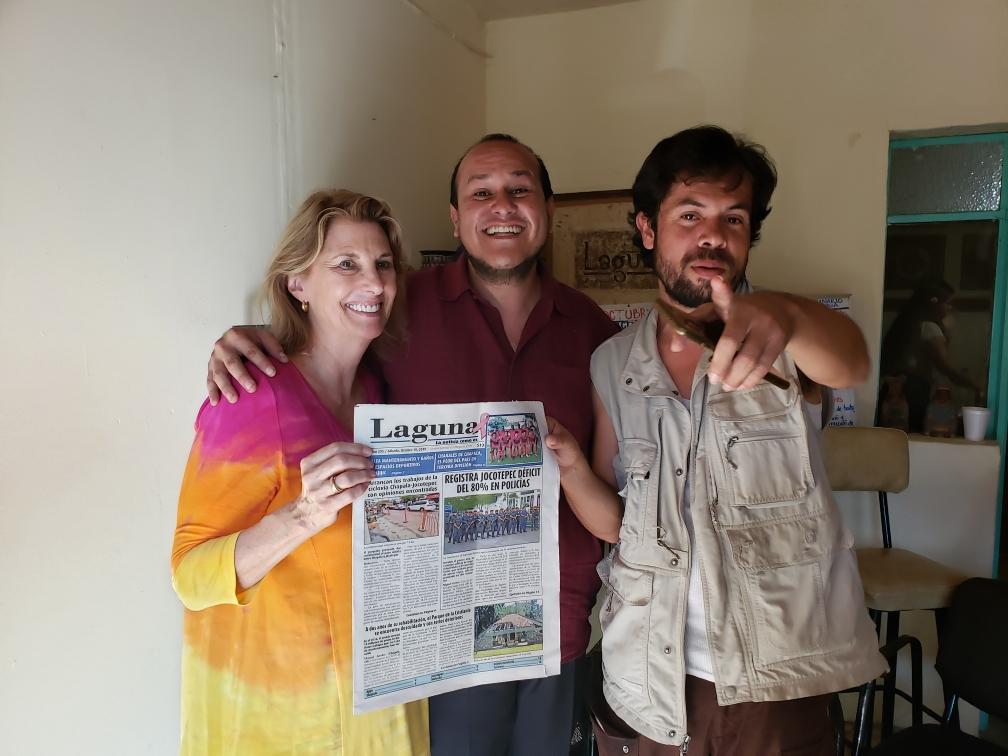 Teya Ryan, former head of CNN, with the editors of Semanario Laguna.

The Laguna staff explained to her that the basis of reporting in Lakeside for Semanario Laguna and other publication is local area news – Ajijic, Chapala, Jocotepec, and so on.  They explained that people want to know what is going on in their town and their neighborhood, so Semanario Laguna and other news sites segment themselves by areas and have reporters who know the local scene and people in each town. This also attracts local business for advertising, the lifeblood of papers here.

Responding to questions about running CNN, she told them she managed a revenue budget of over a billion dollars a year and reporters and crews around the world.  She said that her position came with some awesome decisions– especially in wartime when her reporters were imbedded with military units at the battle front and video was streaming live.

“What would you do if your medical reporter, Dr. Sanjay Gupta, who is a pediatric neurosurgeon, is at the battlefront with a military medical team and injured children start coming in, including one with brain damage that only he can operate on   – would you tell him he can operate and save lives, and thus become part of the story, or would you tell him no, you have to remain a neutral reporter?” (she told him to operate). 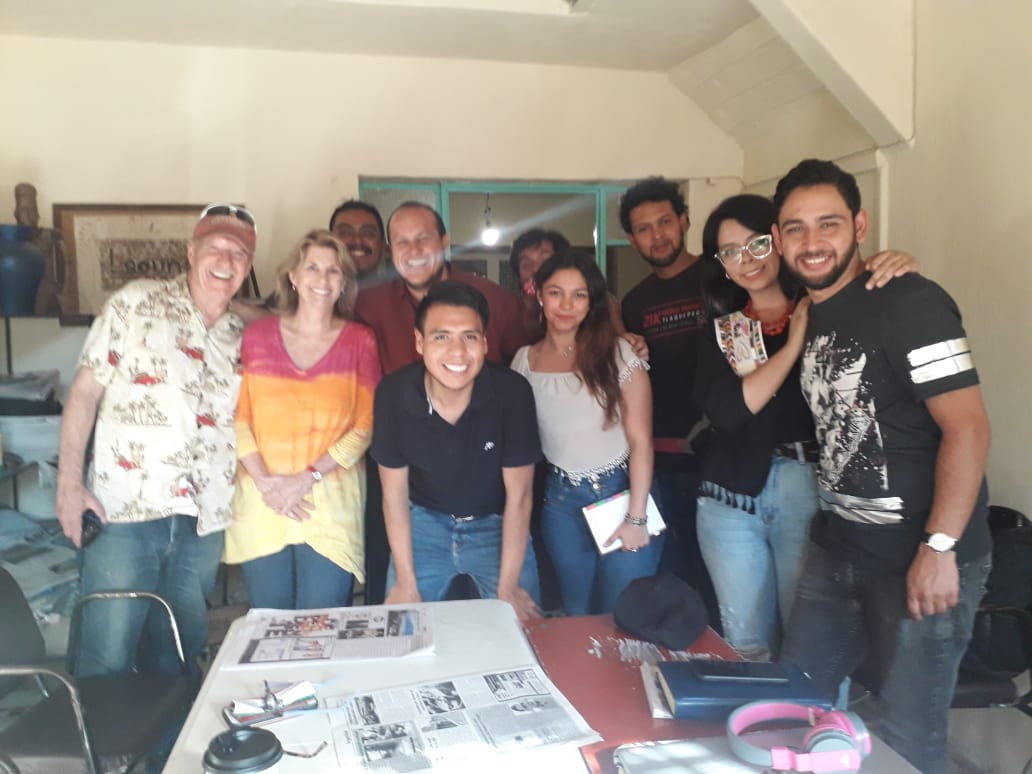 Teya Ryan, former head of CNN, with the editors of Semanrio Laguna.

That question, and others like censoring live broadcasts to prevent the enemy from seeing where Coalition troops were, led to a lively discussion.  Of course, these are decisions the staff of Semanario Laguna is not likely to face, but they discussed other decisions involving hard-hitting investigations of local government and institutions where similar decisions could be involved.

Ryan was in Ajijic visiting friends including this writer, and was pleased with the opportunity to talk with local journalists.  She now is President and CEO of Georgia Public Broadcasting, where she manages multiple TV and radio stations and produces television documentaries and entertainment programs every year.  Although she manages a large statewide network, she works to insure strong local coverage, including high school sports, on the part of her stations, much like Semanario Laguna’s hyperlocal coverage.

Ajijic guitarist to be on JaliscoTV and radio

Juan Castañón is a musician’s musician who constantly expands the boundaries of his art and the world of jazz.

Patrick O’Heffernan (Ajijic) .- Celebrated Ajijic jazz guitarist Juan Castañón will be featured on jaliscotv.com next week after a taping of his performance at Guadalajara’s Chango Vudú Club. Sara Valenzuela of JaliscoRadio.com interviewed Castañón and his band members live at the club’s bar before the performance. A packed house was on hand for the interviews and the music with patrons serving as a live audience for the cameras and the radio interview.

Castañón is well-known to residents of Ajijic and Chapala for his jazz band Acasia, but he played the Chango Vudú Wednesday night with the experimental jazz trio D/zazter.  The same band played the next night in Ajijic at the La Mezcalaria bar on Colon near the Malecon.  JaliscoTV.com brought in a full three-camera crew with a mobile editing bay to tape both the music and the interview with Sara Valenzuela. The tape will be edited into a program for broadcast next week (check jaliscotv.com for time and date).  He will also appear this Friday on the Ajijic-based radio program Music Sin Fronteras.

Juan Castañón is a musician’s musician who constantly expands the boundaries of his art and the world of jazz.  A superb guitarist, he also plays the sarod, has studied at the Monterrey School of Music, the Universitá della Musica di Roma Italy and participated in numerous courses and workshops on improvisation with prominent artists such as Michael Godard, Reggie Workman, and Stomu Takeishi, among others. His list of collaborations in Mexico and Italy is long and varied and ranges from free jazz to traditional Jarocho (music from Veracruz), to experimental and electronic music.  His projects include guitar and percussion improvisation in DEMUSE, Radical Freejazz with Classical Music of North India, and electronic and circuit-bending sound art and the Electricity Noise Experiment.  D/zazter is an experimental project with Itzam Cano and Gabriel Lauber.