Maximiliano «Max» Macías Arceo seeks to prioritize works that really benefit the population and not projects that are just «done for the sake of it.»

Maximiliano Macias Arceo’s priorities are sports, the proper functioning of all services and working hand in hand with the people of Ajijic

Sofía Medeles (Ajijic, Jal.)- Three months after taking office, the head of the town of Ajijic, Maximiliano «Max» Macías Arceo, said that the unforeseen events that have occurred at the beginning of the administration (such as the landslide that affected mainly La Canacinta and the unexpected fall of a tree in the main square) have not distracted him from his goal. His intention is to improve public services for the population, such as street cleaning and the patching of cobblestones.

For Macías Arceo it is of utmost importance to optimally maintain services such as availability of drinking water, street lighting and street cleaning in addition to maintaining communication with the people of Ajijic to learn their needs first hand.

«The work we have been doing is mostly maintenance. For example, repairs in the main square, in the services of the boardwalk, several cleanings in the creek of the cemetery, as well as in the streets,» he named as the work done in the last three months.

As for the projects that are coming up for Ajijic, he said that although sometimes people are looking to see big works, both he and the president of Chapala, Alejandro Aguirre Curiel, seek to prioritize works that really benefit the population and not projects that are just done for the sake of doing.

«Ones that will always continue to be done are, for example, patching potholes, for which I have always asked Public Works to use a sustainable material. Currently they point out that it is jal, when in reality it is composed of 90 percent of a volcanic soil called tepetate and 10 percent jal (pumice), in order to maintain the tradition and image of the town.»

On the other hand, he commented that they are already working on finishing the works of the Ajijic Sports Unit located in La Floresta in the area of Los Carriles, since the previous administration did not complete them. 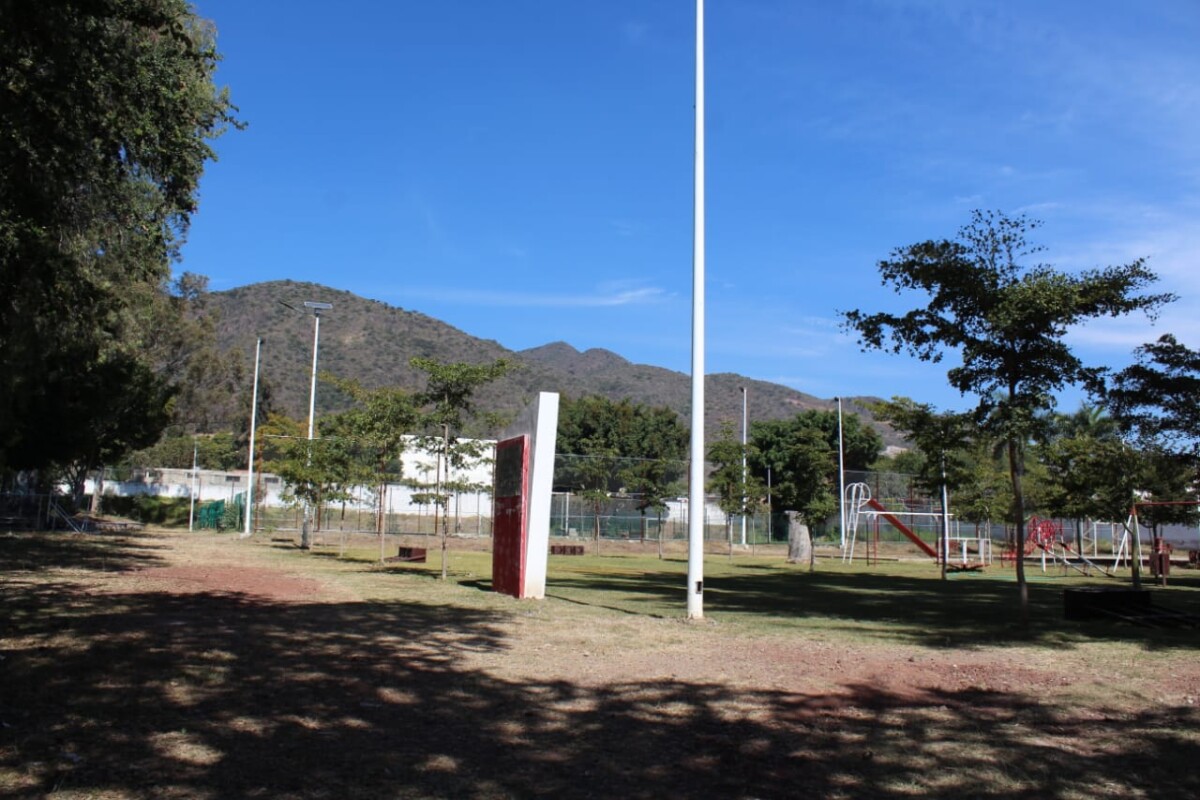 One of the projects is to finish the Ajijic Sports Unit, located in front of Los Carriles, in La Floresta.

He and the person in charge of sports in Ajijic, Alejandro González, are very enthusiastic about these works. They are also planning to maintain the soccer field located to the west of Ajijic in the area known as El Bajío, as well as the future construction of bathrooms in the area of La Cruz (at the end of Nicolas Bravo Street, where the Malecón corridor ends) and the cleaning of the lakeshore.

«We want to provide works that give good service to everyone, to have the areas of the square, the streets and the boardwalk ready and conditioned for everyone to go and enjoy, as well as to give attention to all Ajijic beyond the center. The president, the head of COMUDE (The Municipal Sports Council) Ajijic, and above all the people, are working together to achieve this,» declared Macias Arceo. 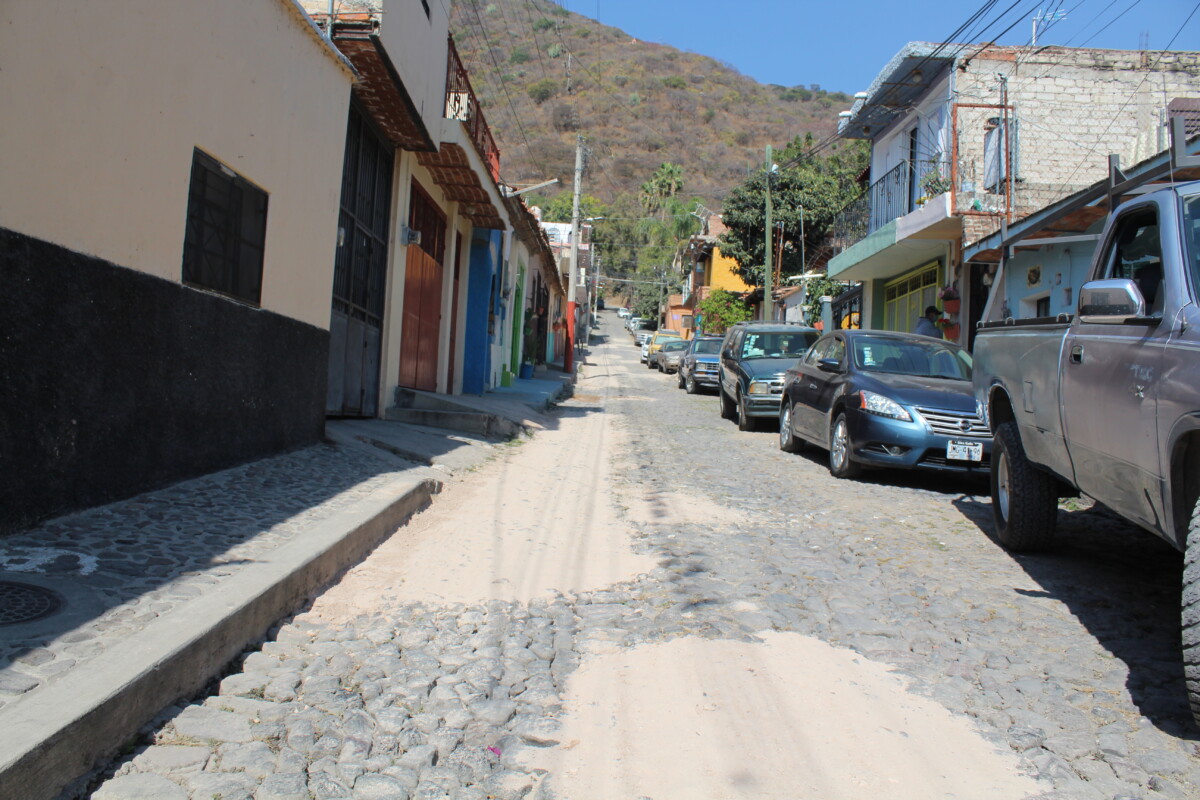 Colón Street, in the center of Ajijic, is a good example of the maintenance that the cobblestones of the streets of the Pueblo Mágico have received

Max added that for him, the most important thing is to reactivate sports and work with young people, carry out multiple cleaning campaigns and the creation of committees in the neighborhoods to have a more immediate communication.

Finally, he was asked if he would run in the town elections, to which he responded, «The future is uncertain and I could not say now if I would do it. If the people, because of my work, asked me to do so, I would do it. I would not make promises, I would base it on the actions and the work that has already been done. My stay in this position has always been to seek a positive change in Ajijic.»