During recent cleanups in the streets of the town, workers have found debris ranging from furniture to abandoned street stalls.

Sofía Medeles (Ajijic, Jal.)- After  government workers  clean Ajijic’s streets and removed handbills, armchairs, tires and even an abandoned vintage vehicle, the Head of Office of the Ajijic delegation, Maximiliano Max Macías Arceo asked people to stop  discarding their trunks and garbage in the streets.

Max commented that in the last stretch they cleaned, Zapata Street from its intersection with Revolución, within  two blocks the truck was full of tires, old chairs, and other junk thrown on the side of the street.  The workers also  cleaned the creek in the Ajijic Cemetery for the third time  because people throw so much garbage in it.   He  added that the cleanup work will continue over the next few days.

Stream next to the cemetery before being cleaned (Photo; Delegación Ajijic 2021-2024).

«In the case of the cemetery, a budget has already been requested for a gate because the creek is always open and used as a dumping ground for debris, garden garbage, and  old furniture. The entrance of people will not be affected, only the creek will be closed, and  signs  posted with the number of the delegation for reports of this practice», commented Max.

He also e said that they have received many reports about the streets, requesting cleanings  so he asked for the support of the residents to  keep the streets clean for a long time.

«In some cases, it is cleaned, and a few days later, the garbage is back. This is because in some places the garbage bags are put outside  before the truck passes, like the night before, and the stray dogs break the bags.  So the next day the people from the truck only take the bags that are closed , forcing us to clean up garbage constantly. I ask for your support to remove the garbage in a timely manner,» he said. 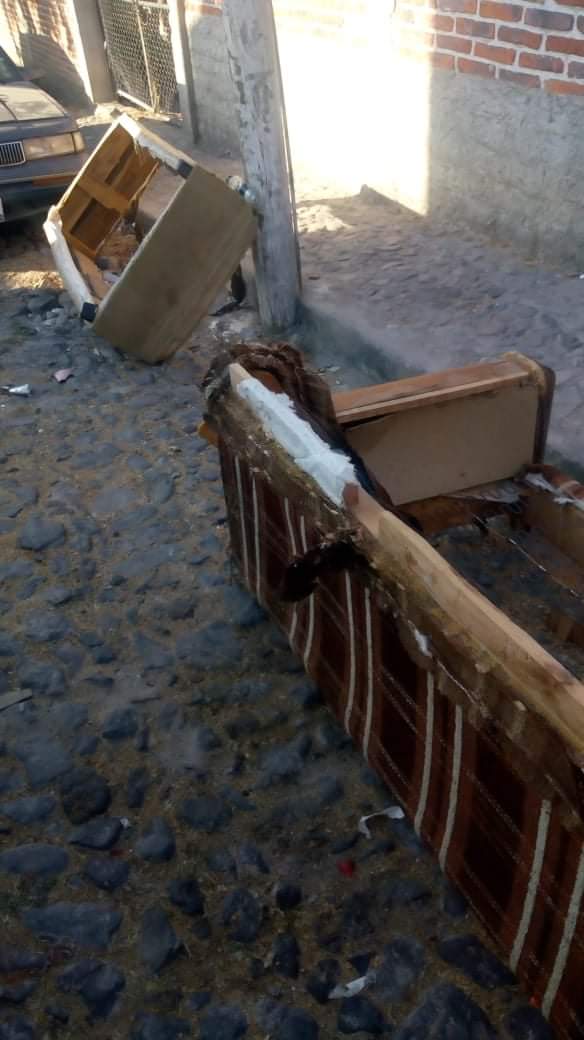 Max, said that if any inhabitant of the delegation needs to throw away tires, instead of taking them to the street, they should call the number of the delegation (33 3490 0382), so that they can be picked up for an amount of 10 pesos per tire,  and they will be sent to Ecology Chapala which pays 12 pesos per tire for them to be discarded.

Likewise, for large items, such as furniture, the delegation offers the service, because it has authorization from the landfill to pick them up and take them to their final destination. He commented that the service is free, and to request it, they also have to call the number of the delegation.